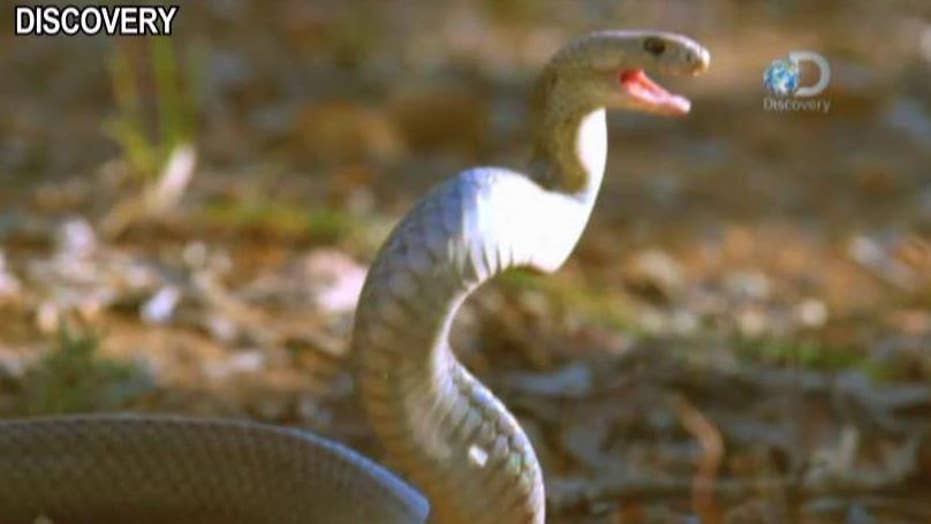 Why would anyone want to hunt deadly snakes?

In The Zone: 'Venom Hunters' Brian Barczyk on why he risks his life catching and harvesting some of the world's most poisonous critters

But after an alleged altercation with the eatery’s management, diner Hiroshi Motohashi decided to deal one more blow by releasing a 13-foot yellow python in the middle of Iroha Sushi of Tokyo.

Earlier in the day, Motohashi was filmed just outside the Studio City restaurant showing off his large yellow snake to group of kids. Later, he spent $200 at Iroha Sushi but things took a strange turn after his meal.

Employees told CBS Los Angeles that after Motohashi finished eating, he pulled out a small garden snake and started showing it to other diners. He then walked out—but soon came back with an even bigger reptile: a yellow python.

Motohashi reportedly continued to scream expletives during the incident while staff repeatedly asked him to leave.

“We asked him like three or four times and he said, ‘no.’ He was like starting fights with the customers so we had to call the police and fire department,” said another Iroha waitress Sissi Dashtort.

The large snake was unable to get very far and was captured by Animal Control. Police later arrested Motohashi  on suspicion of making criminal threats, said Lt. Jim Gavin of the Los Angeles Police Department in Van Nuys.

According to the LA Times, Motohashi already has a track record of unusual incidents involving exotic animals. In 2005, he was convicted in federal court of  selling endangered animals and venomous lizards.

In 2011, Motohashi was photographed outside of the exotic pet shop A Glass Jungle with a 15-foot-long albino tiger python named Cleopatra.

Motohashi told San Diego Uptown News, “I love to educate people about the animals and let them see things they wouldn’t normally see…and I want people to see how they could take care of these animals responsibly.”