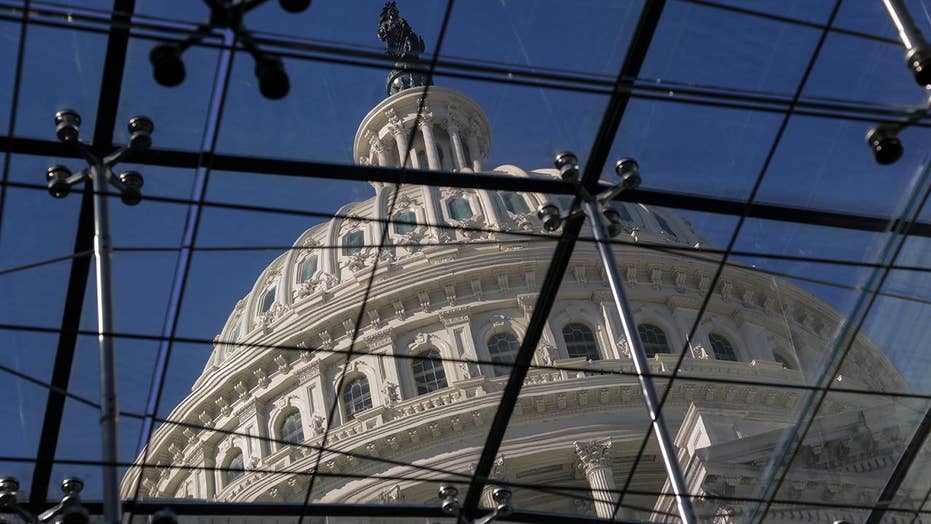 The longest partial government shutdown in history drags on, which party will win the border security funding battle?

As the partial government shutdown continues, restaurants and food purveyors are stepping up to help feed furloughed employees and bring lawmakers together to strike a deal.

The government partially shuttered just before Christmas with President Trump and Democrats at an impasse over funding for a border wall. The shutdown affects about one-quarter of the government, including nine Cabinet-level departments. It’s culminated in some 800,000 federal employees off the job or working without pay and has beome the longest in history.

Celebrity chef José Andrés promised free food “to the poor men and women of the federal government” – no matter their political affiliation – at his restaurants for lunch as the shutdown persists. He's opening a temporary kitchen in his ThinkFoodLab space in Washington, D.C., to feed the employees.

Andrés offered a similar deal during a government shutdown in 2013.

Harpoon Brewery is also getting involved with the government shutdown – by attempting to get lawmakers to talk to one another. The major brewery is sending lawmakers in Washington, D.C., as well as Vermont and Massachusetts – where the company is based – beer and “inviting them to share one with a colleague from across the aisle, talk over a beer or two, and hopefully find common ground to help end the shutdown,” it said in a news release.

The government shutdown has impacted breweries and wineries as the Alcohol and Tobacco Tax and Trade Bureau is closed, meaning permits for new businesses or labels for new beers aren’t being approved.

“There's some heartburn,” Scott Graham, executive director of the Michigan Brewers Guild, told The Detroit News. “They're not going out of business, but it's not handy to have the disruption. ... I'm surprised there isn't a brewers’ movement to support funding for the border wall to get the (agency) open.”

Trump has demanded more than $5 billion for a wall along the U.S.-Mexico border, but Democrats have refused to capitulate on the request.

As the shutdown persists, multiple restaurants nationwide have offered deals to affected employees. Stouffer’s headquarters in Solon, Ohio – just outside of Cleveland – is offering free meals to those with a federal government ID on Jan. 16.

And Horse Thief Hollow Brewing Company in Chicago is giving a free lunch to federal employees from Jan. 14 to Jan. 18 “in response to the lack of leadership that led our government to shut down,” it announced on social media.

Restaurants frequented by federal workers who travel on government spending accounts are struggling during the shutdown as well.

Jeff and Sabine Cool, who own a German-style food truck operating near NASA’s Marshall Space Flight Center in Huntsville, Alabama, said their income has been down about $600 per week during the shutdown.