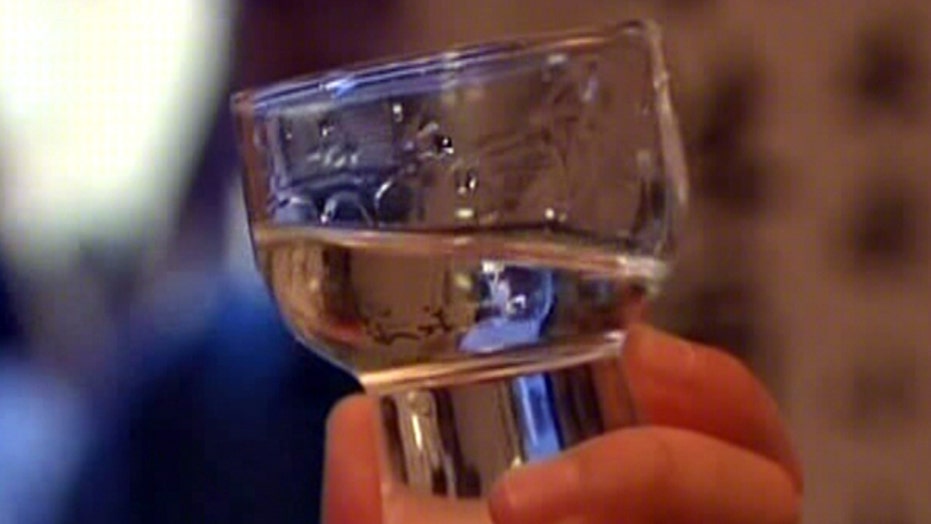 As sushi has become more popular across the U.S., so has its accompanying beverage, sake.

American companies have taken note and are now breaking into a historically Japanese dominated business.

"I found some sake brands that I liked and found I couldn't pronounce them.  I found that if I found one that I liked, I couldn't find it in many restaurants," founder and CEO of Rock Sake Seth Podell says.

So he decided to start his own company.

"I just kind of fell in love with it right off the bat,” Podell says. “Burgers, pork chops, whatever you're eating you should be drinking sake with it.”

Podell launched his American-owned-and-brewed sake company four years ago. The rice is grown in northern California. Production takes place inside a brewery in Oregon where the rice is polished, then soaked and steamed in water and fermented. Eight weeks later, a swift moving conveyer belt effortlessly spits out lines of aqua colored sake bottles filled Rock Sake.

"It's challenging, it's extremely stressful however I've never had more fun in my entire life doing anything,” Podell says standing in front of dozens of Rock Sake boxes set to be shipped to restaurants in 48 states.

Sake consumption pours $9 billion dollars a year into Japan's economy. The market for American-made sake is much smaller, bringing in around $300,000 a year.

With the increase in popularity, roughly half-a-dozen American brands, including Rock Sake, have hit the market in recent years. They specialize in premium sake, different from generic, hot sake served in restaurants across the country. Premium sake is served cold and does not have gluten or impurities which leaves you with a hangover.

As American brewers are honing their skills, one big challenge they’ve encountered is selling American sake to Japanese-owned restaurants in the U.S.

"As we get better and as we learn more and increase that quality I think we'll see American sake in restaurants all over the country,” says Chris Johnson sake sommelier and the self-proclaimed Sake Ninja. He says sake consumption in the U.S. has jumped almost 10 percent every year for more than a decade.

"A couple of the sakes brewed in America have been put into the us national sake appraisal in the last couple of years and they've come away with winning silvers and gold metals which means we're getting closer,” Johnson says.

"My goal is to get sake more mainstream and not just to be served with Japanese food,” Podell says.