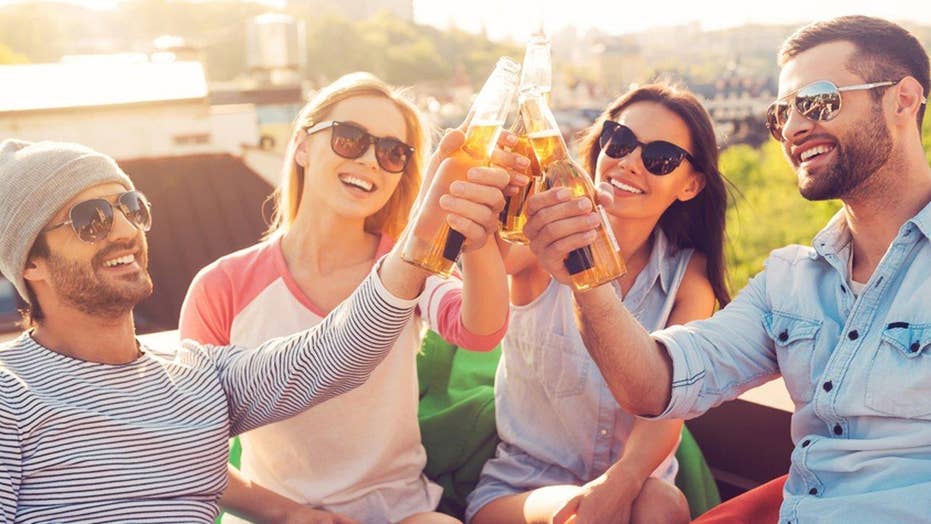 Beer is the third most popular beverage on earth, after water and tea, and for many it’s a thing of cultish devotion.

We seek out the newest releases from our favorite craft breweries, we spend our weekends in our favorite beer bar, we go to massive beer festivals, we talk about it with our friends, and some of us even brew it ourselves. Even if you’re not a complete beer nerd, we bet you’re thinking about cracking open a cold one right now.

Beer is actually one of the oldest beverages on earth, dating back to at least 5000 BC. Nearly every ancient culture drank beer, thanks to the fact that grains ferment pretty easily. Of course, the beer drunk by the ancient Mesopotamians was far different than what we drink today; ancient beer was much heavier and was brewed with a wide variety of grains, fruits, and spices.

Modern beer was by and large developed by the Germans, who introduced hops to beer in the 1200s; adopted the Reinheitsgebot (the beer purity law that states that beer should only contain water, barley, hops, and later yeast) in 1516; and invented lagering (the process that led to the development of light, golden beer) in the early 1800s.

Today, we’re living in a golden age of beer. You can head to your corner pub and find stouts from Ireland, brown ales from England, dubbels from Belgium, pilsners from Germany, double IPAs from Northern California, and a cream ale from upstate new York. Our friends are brewing their own beers in their basements, small-batch breweries are opening at the fastest rate since before Prohibition, and more and more people are taking the time to educate themselves on the differences between a kriek and a gueuze (both are lambics; krieks have cherries added, and gueuzes are made by blending young and old lambics).

Just like, say, astronomy, the more you learn about beer, the more you realize there is to learn, and going down that particular rabbit hole is fun, rewarding, and delicious. But even if the extent of your beer education stops and starts with Miller Lite, you might still enjoy learning these little-known facts about the world's favorite alcoholic beverage. Bottoms up!

Check out 10 Things You Didn’t Know About Beer

Anthropologist Alan D. Eames, known as the “Indiana Jones of Beer,” claimed to have found what he called the “world’s oldest beer advertisement” on his global quest to learn about the origins of beer. According to Eames, the 4,000-year-old Mesopotamian stone tablet featured a large-busted woman holding goblets of beer in each hand, with the tagline, “Drink Elba, the beer with the heart of a lion.”

2. Hops Have an Interesting Relative

Hops, which both preserve beer and give it its characteristic bitterness, actually come from the same family of flowering plants, Cannabaceae, as marijuana.

3. The Earliest Brewers Were Women

Confident female worker discussing over metallic vats with colleagues in brewery. She is holding digital tablet. Team is working in beer industry. (iStock)

In ancient times, beer was brewed almost exclusively by women. Brewing was a well-respected occupation in ancient Mesopotamia, and in ancient Babylonia, brewers also doubled as priestesses.

4. IPAs Are Named After India for a Reason

Flight of four beers lined up on a wooden table, with selective focus on the first beer. Photo taken outdoors with natural lighting; beers range in color from light to very dark. Background out of focus. (iStock)

British brewers faced a problem in attempting to ship beer to India: It would go rancid during the long voyage. So they added as much alcohol and hops as they could to the beer (both known preservation techniques) to help the beer survive the journey, inventing a new beer style in the process: India Pale Ale.

The most expensive beer ever sold at auction was a bottle of Cantillon Loerik, a gueuze that was only brewed once, in 1998, and is therefore extremely rare. It sold in April 2014 for $2,583.

Check out Even More Things You Didn’t Know About Beer