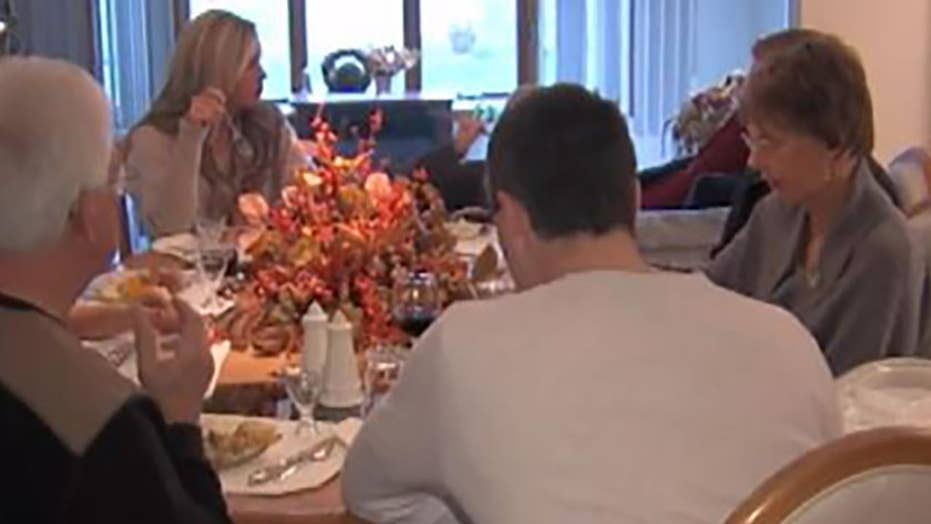 Since election of Pres. Trump politics has become taboo topic at family gatherings.

How’s the new job going? Did your son make the football team? IS Die Hard a Christmas movie after all? There are no shortage of topics to discuss with family at the holiday table, but since the election of Donald Trump, one particular topic tends to end up off the menu: politics. Experts say they’ve seen a big uptick in family conflicts involving politics since the 2016 election, so more are opting to keep the partisan talk away from holiday gatherings, hoping to avoid a political minefield over turkey and mashed potatoes.   “We have too many differing views. It would be one big argument,” one woman told us. "It’s time to talk about family and togetherness and what you’re thankful for. There are many more days in the year to talk about politics,” said another.

But many family experts also say politics are bound to come up at some point. A recent Fox News Poll showed 66% of people will not let political views factor into who they break bread with at the holidays. “Everybody’s talk about politics has gone through the roof since 2016,” one man told us. “I think it’s the number one subject on the planet right now.” So if you want to avoid a fight at your feast, plan ahead and know what issues are off limits. “Whether that’s topics like abortion or topics like immigration, or even for some families, school reform.  Being aware of that and being aware when it’s too much,” says Dr. Joshua Stein, a child and adolescent psychiatrist.

(Timeout! Why does everyone always blame the uncle?)

Despite the recent political polarization, some families still like to serve up a delicious debate with a side of civil discourse. “I enjoy the back and forth as long as nobody gets really upset,” one woman told us. “As long as it’s in good spirits and at the end of the day we all realize we’re fighting for the same things, we’re ok with it,” said a man as he walked by.

Dr. Robert L. Leahy, writing for Psychology Today, has a few tips to keep the discussion peaceful: Allow people to disagree, state your opinion as “my point of view is”, summarize the other person’s point of view to make sure you understand it, and remember that you might want to maintain a relationship with that person.

The people at your table are there for a reason. Because in the end, family is everything and blood is thicker than politics.

Steve Rappoport is a Newscast Producer and Anchor for Fox News Radio. Follow him on Twitter @SteveRappoport.