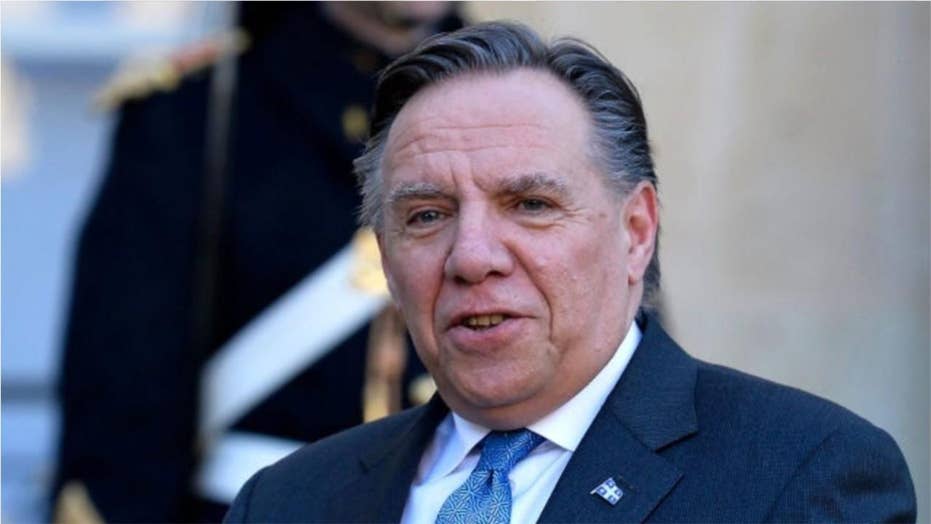 Quebec lawmakers are considering a controversial measure that would forbid public employees to wear religious symbols while they’re on duty.

Critics of the measure, drafted by center-right Coalition Avenir Quebec lawmakers, said it is a violation of religious freedom, Reuters reported. Groups say that among the most hard hit would be groups like Muslim women and Jewish men, who wear hijabs and yarmulkes, respectively.

“It is unthinkable to me that in a free society we would legitimize discrimination against citizens based on their religion,” Trudeau told reporters on Thursday, according to Reuters.

The legislation, known as the “Secularism bill,” includes a clause that would grandfather in workers who currently wear religious symbols. The new measure would apply to new public workers in positions of authority. Workers who would be affected include judges, prosecutors, police officers, and teachers.

Symbols it would forbid the workers from wearing include head covers and crucifixes, among many others.

The bill sponsors said the objective is to affirm religious neutrality in a manner that "ensures a balance between the collective rights of the Quebec nation and human rights and freedoms,” according to the Canadian Broadcasting System (CBC).

While groups of different faiths have raised objections to the legislation, most express the belief that it is targeted mainly at Muslims, whose growing numbers – and the hijab -- in the Canadian province have triggered tensions.

A Quebec political leader this year elicited an outcry when she said the hijab reflected domination of women.

Legault’s platform called for sweeping changes to the way Canada’s second-largest province is governed, from the abolition of school districts to a requirement that all immigrants settling in the province speak French fluently.

In response to the criticism over the religious symbols measure, Quebec Immigration Minister Simon Jolin-Barrette said, according to published reports: “Some people will find that we are going too far, others not enough, and we are convinced that we have struck the right balance."

Some of the province’s major religious group leaders disagreed.

“We are very concerned with the new Quebec government’s statements regarding a ban on religious symbols displayed by government officials and displayed in public institutions,” said Harvey Levine, the Quebec regional director of B’nai Brith, according to the Times of Israel.

“We call on the [Quebec government] to avoid the slippery slope of diminishing fundamental rights and work instead to secure religious liberties for all Quebecers.”

The National Council of Canadians Muslims warned that the legislation would render Muslims and certain other religious groups “second-class citizens.”