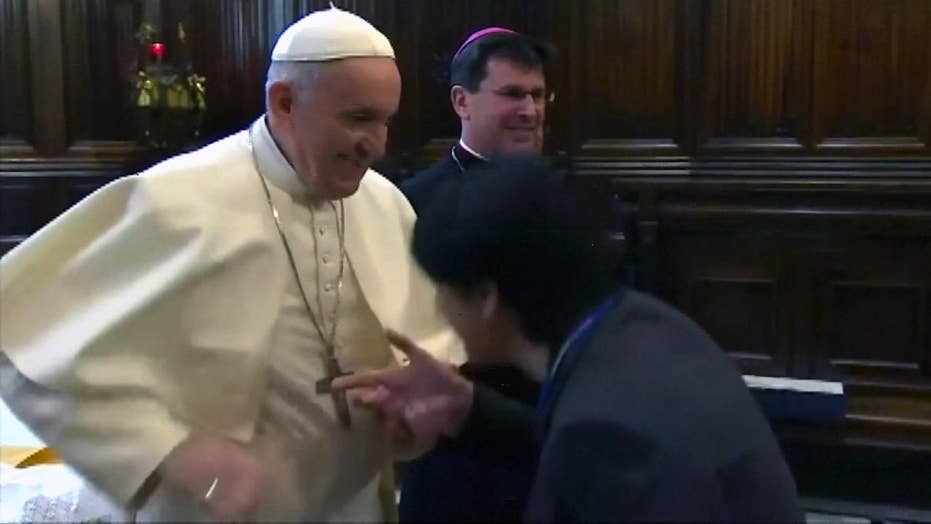 VATICAN CITY – Pope Francis has allowed nuns and priests to kiss his papal ring during his weekly audience in St. Peter's Square, two days after a video showing him pulling his hand away from several faithful drew criticism.

Some conservative critics of the pope feel Francis was abandoning church doctrine and tradition, and seized on him withdrawing his hand as evidence of him shunning age-old traditions.

85-year-old sister Maria Concetta Esu kisses the hand of Pope Francis as he presents her with a Pro Ecclesia et Pontifice award during his weekly general audience, in St. Peter's Square, at the Vatican, Wednesday, March 27, 2019. (AP Photo/Andrew Medichini)

But many said the video clip did not give the full picture.

During a visit Monday to Loreto, a major Italian pilgrimage site, Francis received a long line of faithful, some of whom kissed his hand. He only began withdrawing his hand after having greeted many people.

Francis on Wednesday allowed nuns and priests to kiss his hand during his general audience.