“It’s tough for me to listen to Kaitlynn complain about people talking about her allegedly open relationship with Brody when we know she had a thing going with Miley,” Pratt, 36, told Cosmopolitan in an interview released Tuesday. “She already had something going on with her when these scenes were filming — maybe not physically, but definitely emotionally. No one’s judging you for whatever it is you and Brody do when he’s not sleeping in his car. We just don’t want people to lie about their lives.”

Cyrus, 26, and Carter, 31, hooked up publicly in Italy just hours before the "Wrecking Ball" singer announced her separation from husband Liam Hemsworth — and just weeks after Carter and Brody Jenner ended their own relationship, which was been rumored to have been an open marriage. 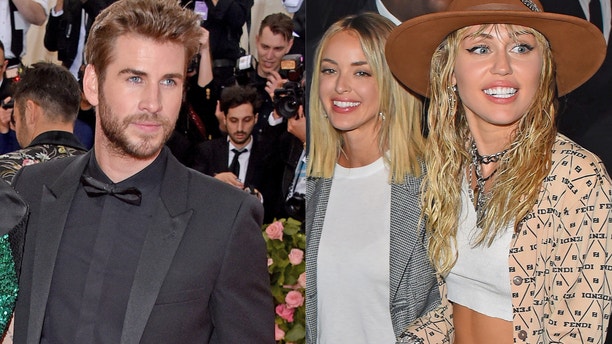 It was revealed after Carter and Jenner, 36, split that they were never legally married.

“My favorite is when she’s like, ‘Brody and I were wild, young, crazy kids.’ Was that last week? Because you and Brody have only been together a minute,” Pratt continued. “Are you older and more mature now that you’re chilling on Miley’s yacht?”

Pratt also expressed sympathy for Hemsworth, 29, who has kept a low profile since the split and filed for divorce after Cyrus flaunted her new romance.

“I would love to know Liam Hemsworth’s thoughts on Kaitlynn’s recent displays of ‘common decency,’" Pratt griped. "You know what I call ‘common decency?’ Getting it on at your Italian villa and not in front of the paparazzi.”

Despite his criticisms, Pratt says he doesn't intentionally mean to judge Carter's behavior, but explained, “We just don’t want people to lie about their lives. Maybe you shouldn’t have gone on television. It’s called a reality show, hon. And the reality is that Brody’s been talking about your sex life on his podcast for years.”

“He thought they could work it out, but all those pictures of her and Kaitlynn ended that,” the source added. “Liam comes from a very conservative family and his family was freaked out by it.”

In another report about the couple released last week, a source told People that despite Cyrus' over-the-top antics – including "basically having sex" in public with rebound Carter – she "didn't want to hurt" Hemsworth. A separate insider noted that Hemsworth's family was happy about the divorce.

"Liam's decision to file for divorce is sad, but in the end, it was never going to work," a source told Entertainment Tonight. "They are too different. Liam never wanted to share Miley with anyone. He loves her and he is far too traditional. He finally realized he just wants to start fresh."

Sources close to Cyrus previously accused Hemsworth of spawning the split with his alleged drinking and drug use. Hemsworth hasn't commented on the allegations.