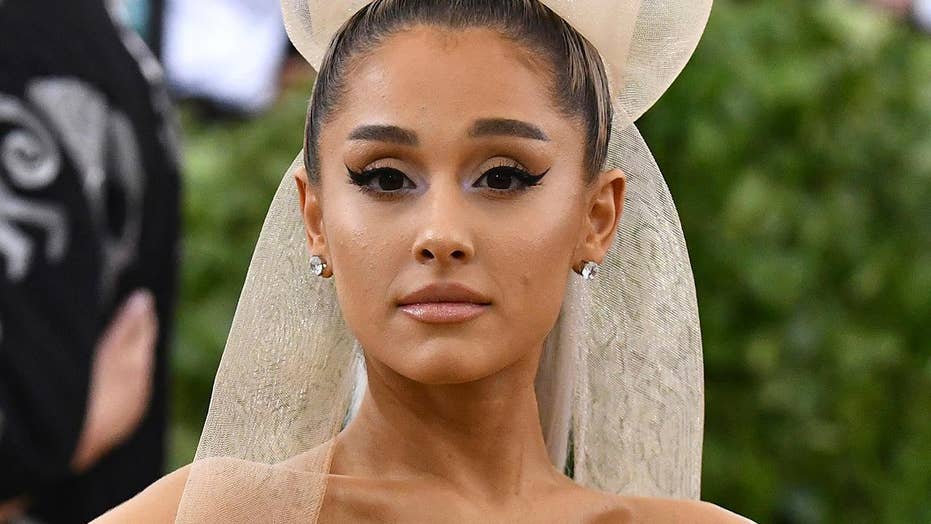 Ariana Grande is still processing the horrific events of last May.

The 24-year-old pop star covers the August issue of ELLE magazine, and recalls how her life changed after the bombing at her Manchester concert last year, which took the lives of 22 people.

“When I got home from tour, I had really wild dizzy spells, this feeling like I couldn’t breathe,” she reveals. “I would be in a good mood, fine and happy, and they would hit me out of nowhere. I’ve always had anxiety, but it had never been physical before. There were a couple of months straight where I felt so upside down.”

Out of the experience came the song “Get Well Soon,” which she co-wrote with pal Pharrell Williams and is featured on her new album, "Sweetener."

“It’s all the voices in my head talking to one another,” she says of the tune.

The experience for the singer was very different than simply learning about something online.

“You hear about these things. You see it on the news, you tweet a hashtag. It’s happened before, and it’ll happen again,” she says. “It makes you sad, you think about it for a little, and then people move on. But experiencing something like that firsthand, you think of everything different.”

Though Ariana didn’t want to go into detail about the night of the bombing, her mother, Joan, opens up to ELLE about being in the audience and searching for her daughter.

“I was like a fish swimming in the wrong direction,” she recalls. “Everyone was leaving, and I was going toward the stage. The bomb went off, and I’m looking at these young adults with fear in their eyes. People were jumping from the upper seats to get out. I just started grabbing people. I could have been steering them.”

Joan went on to express the fear she had before she located Ariana. “I didn’t know where I was going," she remembers. "I just knew I was going to my daughter. Not to be overly dramatic -- I struggle with this every day – but I didn’t know what I would find when I got to her. I sympathize with every parent who was waiting for a child. Those minutes when you don’t know what’s happening… there are no words.”

After the family returned to Florida, the magazine notes that "Ariana cried endlessly and barely spoke for two days."

“Why would I second-guess getting on a f--king stage and being there for them? That city, and their response? That changed my life,” Ariana adds.

As for how her daughter is different than she was before the incident, Joan notes, “She loves a bit more fearlessly than she did before.”