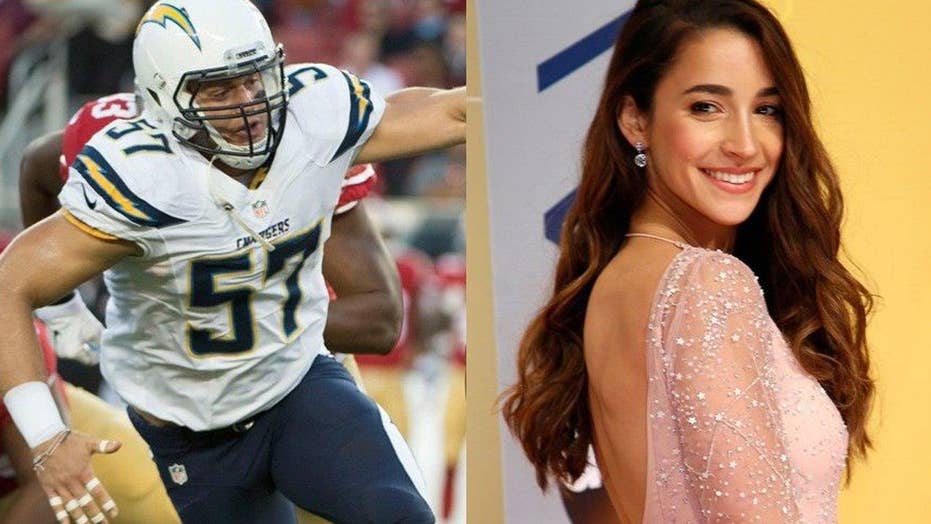 The couple have been keeping their relationship under wraps for five months after they began dating at the VMAs in August.

"[We] kept it quiet for a while," Raisman told People.

Underwood had asked out the Olympian in a video he shared on Twitter in August. Raisman found it sweet and thanked the football player for the video.

"We happened to both be in Denver at the same time,” she explained. "I was there for less than 12 hours, he was flying in for just a few days. it just ended up working perfectly."

Raisman told the magazine that Underwood drove 90 minutes back and forth in order to meet up with her for their second and third dates. She added that she's met her boyfriend's family already and is planning to spend time with them over the holidays.