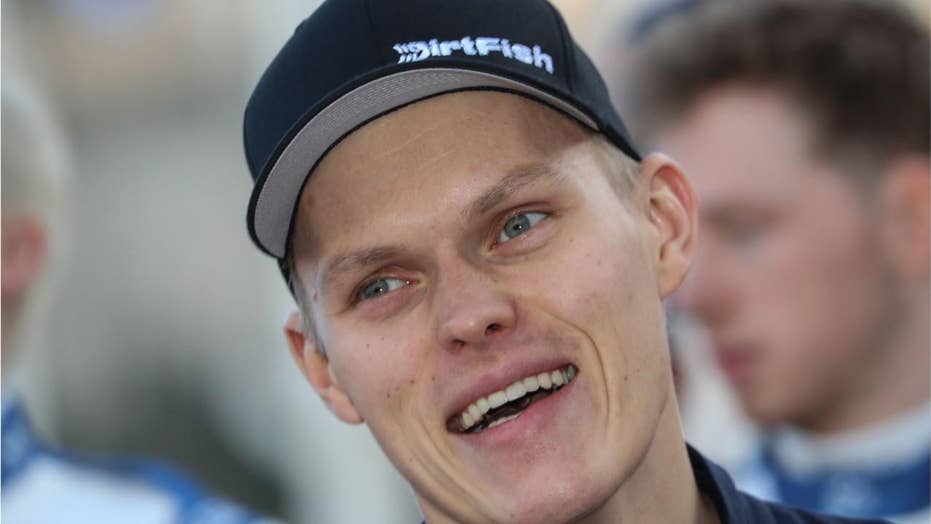 World Rally Championship driver Ott Tanak and his co-driver survived a dramatic crash at the Monte Carlo Rally. It was Tanak's first race driving for Hyundai after winning the series championship for Toyota last season.

Defending World Rally Championship titleholder Ott Tanak is out of the Monte Carlo Rally after surviving a dramatic crash on Friday, when he lost control of his vehicle and flew off a mountain road.

Tanak was driving in the French Alps when his car left the pavement and hit a bump that launched it into the air sideways before it landed on its nose, causing it to flip end over end several times.

Reuters reported that the Estonian driver and his co-driver, Martin Jarveoja, were able to get out of the wrecked Hyundai without any help, but were taken to a hospital for examination.

Tanak was competing in his first race for Hyundai. (VALERY HACHE/AFP via Getty Images)

The Monte Carlo Rally is run over several stages spread across four days through Sunday, Jan 26, in and around the principality. Tanak began the stage he crashed on in fourth place just 10.3 seconds behind the leader.

It was Tanak's first race driving for Hyundai after winning the series championship for Toyota last season.