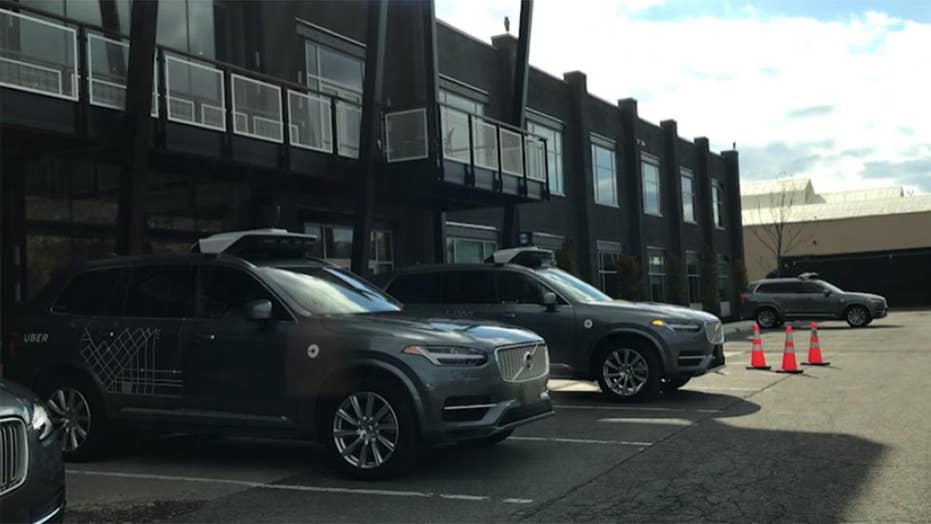 The next generation of the autonomous car could come as early as the end of this year.

Uber’s next generation of self-driving cars could be on the road as early as the end of this year.

The second generation of its autonomous vehicles is being developed on Uber’s test track, an Uber spokeswoman told Fox News.

Uber's self-driving vehicles made their debut in Pittsburgh in 2016 and have been picking up passengers ever since.

Current models require one or two vehicle operators, Uber Hardware Engineer Brian Zajac told Fox News. An Uber employee sits in the driver's seat and is ready to take over the vehicle when the computer system tells the opertator it needs to go off self-driving mode. Another employee sits in the passenger seat monitoring a map that displays what the vehicle's sensors see in real-time, including bikers, pedestrians and other vehicles. Customers can see what the car "sees" through an iPad provided in the back seat.

The next generation is a step closer to having no vehicle operators, Zajac said.

“In the far future, there won’t be any vehicle operator,” Zajac said. “The car rolls up, there’s no human inside at all, and the customer gets in and takes a ride.”

Some of the more immediate changes, which will be incorporated into the third generation of autonomous vehicles, are not easily visible.

“From the outside, a lot looks the same, but under the hood, we’ve made a whole bunch of improvements,” Zajac said.

One of those improvements is a higher resolution set of cameras.

The cameras will also have a better cleaning system for inclement weather.

“It’s been redesigned to handle heavier rain and to handle other types of contamination that gets on our cameras,” Zajac said.

The camera system will also have fewer parts to assemble, which would make it easier to mass produce in the future.

Current models have limited trunk space that’s shared with computer equipment. The new version will give passengers the full trunk space of the vehicle.

“You’ll see it’s a nice big open trunk that you can throw all of your luggage, jump in the car and go to the airport or wherever you might be headed,” Zajac said.

For now, Uber’s newest release will not change the passenger experience too much, a spokeswoman said.

Zajac said the engineers will keep pushing toward the goal of full autonomy.

“This is kind of uncharted territory for a lot of companies but there’s a lot of really good other industries we can draw from such as aerospace and the automotive industry,” he said.