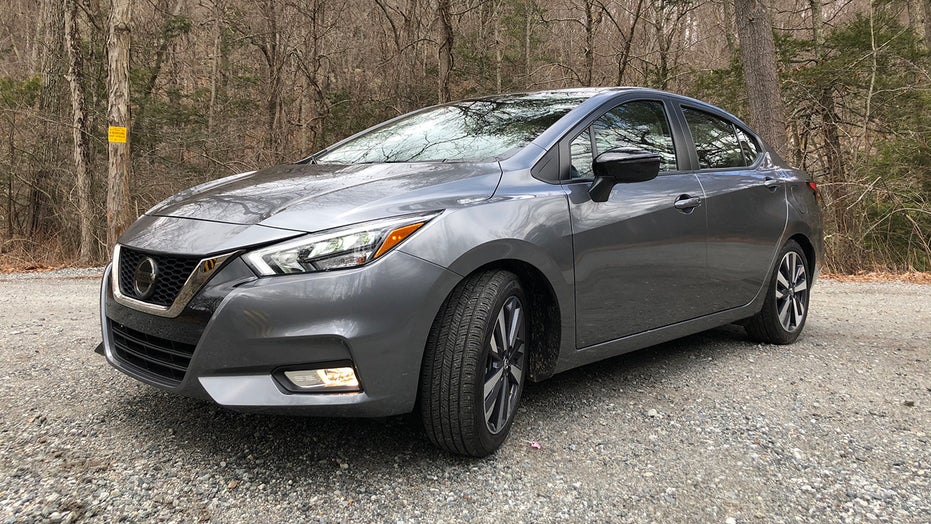 Nissan isn’t giving up … on cars.

The beleaguered automaker will soon be one of the few mainstream brands with a full lineup of four subcompact to full-size sedans amid a sea of SUVs, of which it now has six.

It still sees plenty of opportunity in a segment that accounts for over four million U.S. sales annually and has seen the departure of many model lines in recent years.

Nissan’s latest four-doors are all-new versions of the Versa and Sentra, and they’re not the economy cars they used to be. They’re still affordable, with starting prices of $15,655 and $20,015, but Nissan stepped up the refinement in a big way to shed them of their fleet car reputations. Considering the Versa is the cheapest sedan on sale today, that's no small task.

The Versa and Sentra are lower and wider than the cars they replace. They share the same design language as the midsize Nissan Altima and could pass for it from a short distance. This is known as the Russian Doll effect in the car biz and is meant to give lower-end models a boost.

They also feature better than expected style and trim inside, with wrapped dashboards and high-quality upholstery. The diamond-stitched leather in the Sentra SV is a particularly upscale touch.

The Sentra has a tablet-style infotainment system screen. (Nissan)

Simple, effective control layouts are complemented by touchscreen infotainment systems equipped with Apple CarPlay and Android Auto in all but the entry-level models. There’s no built-in navigation, so Apple Maps and Google Maps are the ways to go. Waze, too.

The Versa offers the same level of tech as the Sentra. (Nissan)

Front and rear automatic emergency braking and lane departure warning systems with backup cameras are standard, and adaptive radar cruise control is available in both.

The compact Sentra is powered by a 149 hp 2.0-liter four-cylinder paired to a CVT automatic transmission, while the smaller Versa has a 122 hp 1.6-liter four-cylinder that comes with a 5-speed manual and gets a CVT added in upper trims. With the CVT, the Versa is good for 40 mpg on the highway and the Sentra 39 mpg.

Overall, the Sentra is a solid performer that can hold its own with the Toyota Corolla. It’s not quite as engaging to drive as a Honda Civic, but the comfort and handling balance is spot on. Then there’s the Versa.

The old one was loud, cheaply built, skittish and…loud. Its most redeeming quality was how large it was for the price, right there with the more expensive Sentra. Nissan must’ve figured out that was an issue because the 2020’s cabin isn’t as impressive.

But everything else is much more so: the ride, the steering, the five-star crash test rating, the sound insulation and the killer stereo that you get in the top of the line SR, in case you still want to drown things out. All top-notch. Well, except for the center armrest, which is a $300 option and doesn’t line up at the same height as the one on the door.

One splurge that probably isn’t worth it, but is uniquely cool, is a $690 kit that adds ambient interior lighting and puddle lamps under the rocker panels, which create that underglow effect the “Fast and Furious” scene used to be into.

Neither of those “F” words describes the Versa, but if anyone gave out an award for the most improved vehicle it would win by unanimous vote. If fact, consider it done … by me.