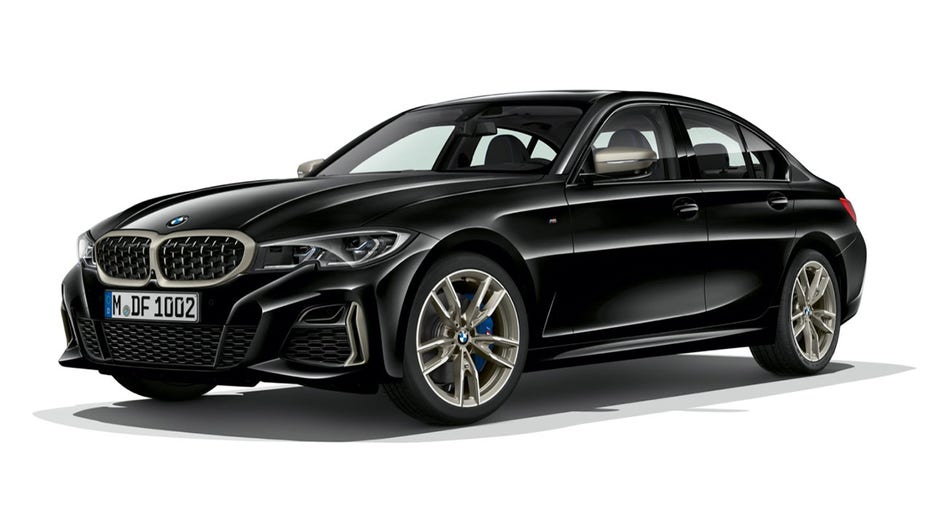 The BMW M340i is all the M most people need.

That’s good, because BMW doesn’t make a proper M3 at the moment, but you can be sure a new one is on the way.

Putting an M in front of a single digit is BMW’s way of denoting its sportiest models, while an M with a longer number identifies something that’s nearly there, but not quite.

The $53,995 M340i steps things up a notch for the 3-series sedan without going all-out boy racer. It’s the best of both worlds car with a 382 hp turbocharged 3.0-liter inline-six-cylinder engine. That makes it the most powerful 3-Series ever made that’s not named M3.

The chassis is also updated with plenty of performance parts, many of them made from aluminum, which helps reduce weight and lower the center of gravity for improved handling. The M340i also offers a must-have optional computer-controlled active suspension system with variable rate dampers for $700 and a standard M Sport limited-slip differential with torque-vectoring capability. The latter apportions power side to side to help turn the car and enhance traction, as required. Even the steering changes its ratio, becoming progressively more responsive the farther you turn the wheel.

The body is basically the same as the more mainstream 330i models that start at $42,245. It doesn't have flared wheel arches or giant wing, but it gets a distinctive front end with larger air intakes.

The interior is identical to the rest of the lineup’s, save for some trim, a leather-wrapped M steering wheel and deeply-bolstered sport seats, which do their job in the curves but are a bit on the firm side for the daily commute. All of BMW’s latest driver aid tech is on offer, including its Driving Assistant Professional and Extended Traffic Jam Assistant systems that can take over the steering and speed modulation – with supervision – under certain circumstances on the highway and in stop-and-go traffic. But this car is more about you being in control.

Power flows to the rear wheels through a quick-shifting 8-speed automatic transmission and all-wheel-drive is available for $2,000. The 3.0-liter produces 369 lb-ft of torque that comes on like an avalanche without any lag. The M340i can reach 60 mph in 4.4 seconds, while the extra traction provided in all-wheel-drive models knocks that down to 4.1 seconds, according to BMW. To put that into perspective, the last 425 hp rear-wheel-drive M3 did it in 3.9 seconds.

As with many modern turbocharged cars, the M340i doesn’t make a lot of noise, but you can turn up the volume courtesy of a valve in the dual-exhaust that opens up as you switch into Sport or Sport + mode to tweak its powertrain and suspension response for enthusiastic driving.

You’ll be egged on to do a lot of that in the M340i, which has flawless manners when you push it. It’s near 50/50 weight distribution is a BMW hallmark and helps deliver neat and tidy handling on twisty roads. Dropping back to Normal mode softens things up for the highway slog home, where it’s good for 30 mpg, which isn’t too shabby for a compact sedan with this kind of performance.