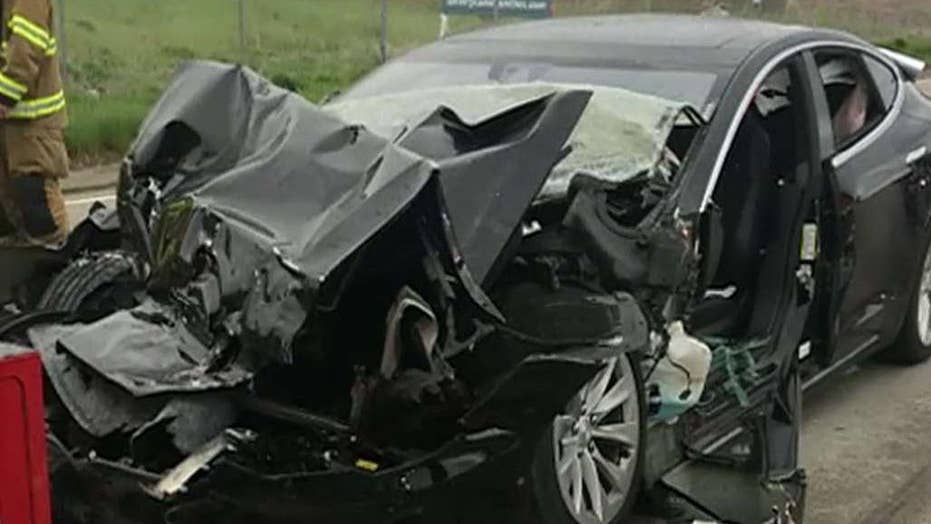 The driver of a Tesla that crashed into a truck at 60 mph on Friday told police she had the vehicle's autopilot feature turned on.

The Tesla Model S fear-ended a fire truck that was stopped at a red light around 6:30 p.m., the South Jordan Police Department said. Witnesses said the vehicle's brakes didn't appear to be deployed just before the collision.

The 28-year-old driver told investigators that the Tesla's semi-autonomous autopilot mode was activated, and that she was looking at her phone just before impact. The truck driver suffered whiplash in the crash, and the Tesla driver suffered a broken foot.

Tesla co-founder Elon Musk reacted on Twitter Monday saying it was "super messed up that a Tesla crash resulting in a broken ankle is front page news and the ~40,000 people who died in US auto accidents alone in past year get almost no coverage."

Musk said it was remarkable that the driver suffered just a broken ankle in the crash, as "An impact at [60 mph] usually results in severe injury or death."

He acknowledged the car's autopilot feature "certainly needs to be better," and said the company "work[s] to improve it every day, but perfect is enemy of good. A system that, on balance, saves lives & reduces injuries should be released."

The National Transportation Safety Board (NTSB) has not opened an investigation into the crash, but spokesman Keith Holloway said it could still decide to do so.

Federal officials in the past two months have opened investigations into at least two other crashes involved Teslas.