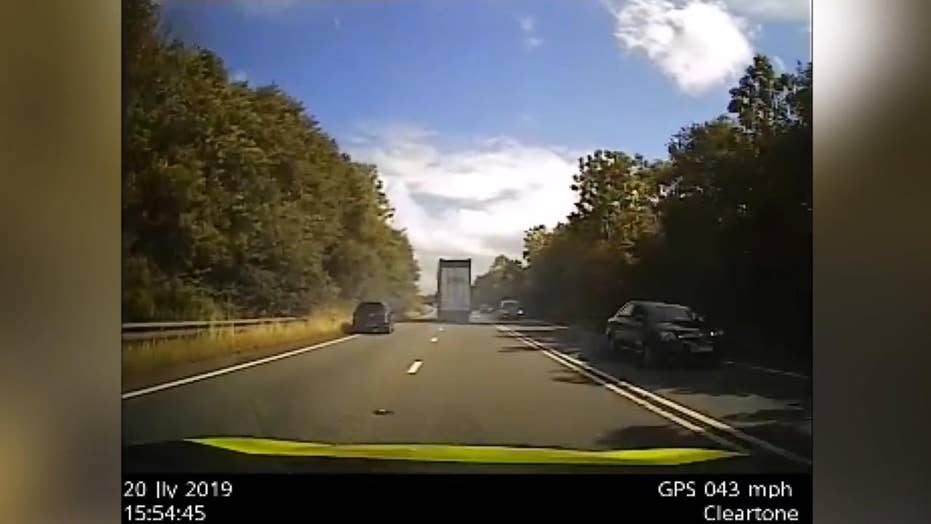 Student driver jailed for eight months after leading police on a pursuit that reached 137 mph.

Perhaps he needs to study the rules of the road a little harder next time.

A student driver in England has been jailed for eight months after leading police on a pursuit that reached 137 mph.

SWNS reported that police tried to pull over a used Subaru Impreza driven by 23-year-old Leon Lloyd for not having insurance. Lloyd, who had just purchased the car the same day, July 20, initially pulled over at a highway rest stop in Cornwall, then sped away from the police cruiser, which was equipped with a dashcam.

Video captured the blue hatchback crossing lines, weaving in and out of traffic and quickly accelerating to over 100 mph on the 60 mph road. After nine miles, however, the Subaru’s engine gave out and smoke billowed from its exhaust as Lloyd came to a stop and the cruiser crashed into his car to keep him from escaping again.

In court, the prosecuting attorney said that "the police were surprised the Subaru could go that fast, and in fact its engine blew up.”

Lloyd admitted he was driving dangerously and operating a vehicle without insurance or a license.

"There were dozens and dozens of vehicles coming towards you," Judge Timothy Rose told Lloyd. "One slight hiccup with the steering wheel would have caused a collision with possible multiple fatalities."

In addition to the jail sentence, Lloyd also received a three-year driving ban.