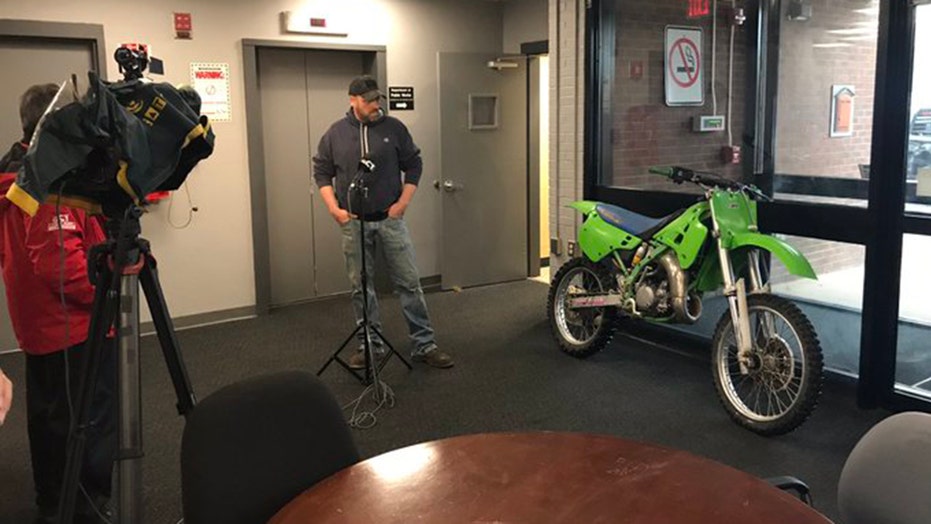 A motocross bike owner has been reunited with a Kawasaki that was stolen from him 27 years ago.

Jonathan Huginski was in 10th grade when he crashed the bike near his school in Waterbury, Conn., and broke his arm. While he was at the hospital, the bike disappeared.

But WVIT reported Thursday that Hartford Police recently found it among several illegal motorcycles that were impounded last year during a crackdown in a city park and headed to the crusher. The ones that could be were checked against the National Insurance Crime Bureau database, and Huginski’s showed up listed as stolen.

Fortuitously, Huginski now owns a motorcycle dealership and repair shop, so he’ll have no trouble getting the KX-125 back into top shape again.