Whatever happened to driver’s ed?

Video allegedly depicting a young man accidentally crashing his father’s sports car in the most embarrassing way possible has gone viral on Facebook, with over 2.4 million views.

In it, he gets into a Ford Mustang Shelby GT350R that’s parked in a garage and apparently starts it without first shifting into neutral, causing it to lurch forward into the corrugated metal wall with a sickening crunch when he lets off the clutch. He then jumps out of the car screaming “I’m dead, I’m dead, I’m f-----g dead,” as his friend captures the moment on his smartphone.

CLICK HERE TO WATCH THE VIDEO, WHICH CONTAINS NSFW LANGUAGE AND GRAPHICS

The 526 hp track-focused GT350R has a starting price of $74,530 and is one of the few cars on sale that is only available with a manual transmission. As with all new cars equipped with a stick shift, it has an interlock that doesn’t allow the ignition to turn over unless the clutch is fully depressed.

Making matters worse in this case, the car didn’t even have a license plate on it, suggesting that it is a garage queen or used sparingly. 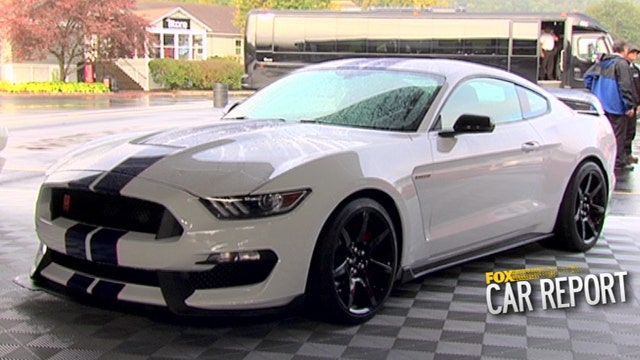 The poster of the video is located in Michigan, but didn’t provide the location of the incident or an update on how much damage was done to the Mustang, or the son’s pride.