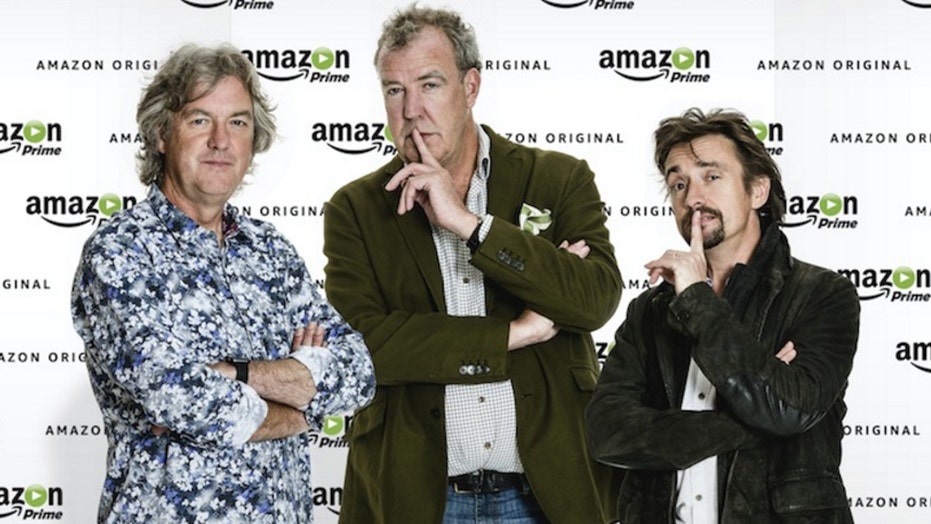 'The Grand Tour' hits the road

Fox Car Report: Richard Hammond and James May from Amazon Prime's 'The Grand Tour' stop by Fox News to talk about making the biggest car show in the world

Richard Hammond is back to his joking self after a fiery car crash in Switzerland on Saturday.

“The Grand Tour” host posted an upbeat video titled “I’m not dead” from his hospital bed thanking supportive fans, the emergency and medical personnel that assisted him, and co-host James May for sneaking him a bottle of gin.

Hammond was filming a segment for the Amazon show that involved him driving an electric Rimac Concept One in a hill climb event in the town of Hemberg when he lost control of the 1,088 hp supercar, crashed through a guard rail and flipped it down the side of the hill, where it ended up sitting on its roof.

The incident and its aftermath were captured on video.

The 47-year-old was dragged free just moments before the million-dollar car burst into flames, according to May.

While visiting Hammond in the hospital, May “did the world a favour and pulled the plug out, but he was still working.”

Hammond was involved in an even more spectacular crash in 2006 when he flipped a rocket-powered drag racer at an airfield and suffered a brain injury that put him into a coma for two weeks.

The married father of two was airlifted to the hospital following the crash and will be operated on for a fractured knee before being released.

The accident will likely be featured in Season 2 of "The Grand Tour" when it debuts this October.