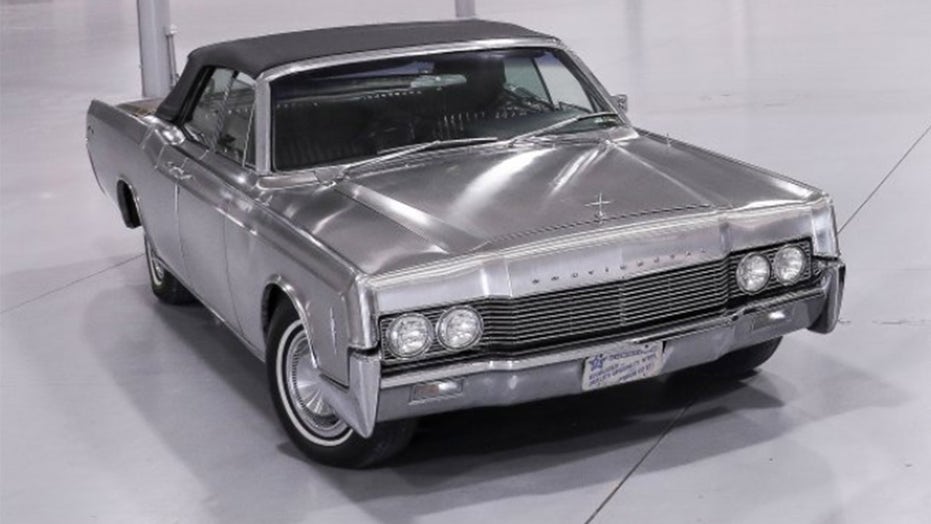 Tesla soon will be sending its futuristic Cybertruck to take on the F-150 in the pickup segment, but you’ll be able to buy three different stainless steel Fords before it does.

The vehicles are not new; Ford and a company known today as Allegheny Technologies worked together in past collaborations to promote the metal.

The cars were all used in the real world to help promote and test the durability of the rust-resistant material, and the bodies held up better than their conventional counterparts before they were finally parked.

Despite their success, stainless steel hasn’t found common usage in car manufacturing because of its cost and the difficulty of shaping it with machine tooling. The latter is a large part of the reason why the Cybertruck and iconic Delorean DMC-12 feature boxy designs. Stainless steel is also hard to paint, which is why Tesla will be providing color options by offering vinyl wraps.

The cars are all currently owned by Allegheny Technologies and will be offered in September at the Worldwide Auctioneers Auburn, Ind., auction. The company, which made a profit of over $258 million last year, says it’s selling them in the hopes that they’ll end up in a collection or museum where they will be more widely appreciated.

Worldwide hasn’t issued an estimated price for the lot, but another one of the Deluxe Sedans received a high bid of $550,000 at a Mecum Auctions event in 2010, which wasn’t enough to meet the reserve price, according to Autoblog.

This story has been updated to clarify ATI's annual profit