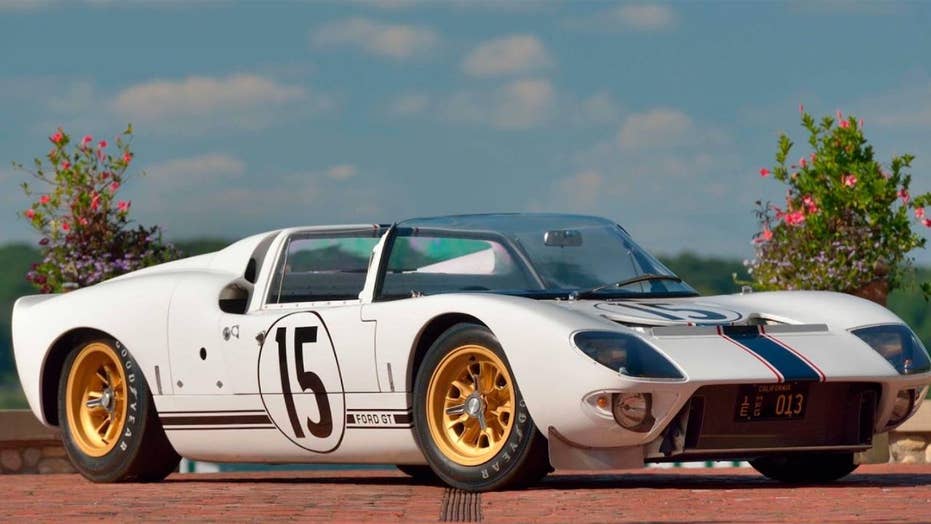 Rare Ford sports car surfaces and could sell for millions

A rare Ford sports car has surfaced and could possibly sell for millions.

One of the rarest Fords in the world is crossing the block Saturday, Jan. 12 at the Mecum Auctions event in Kissimmee, Fla., and could end the evening among the most expensive American cars ever sold.

It’s a 1965 GT Roadster prototype racing car that competed at that year’s 24 Hours of Le Mans. It was one of just five that were built, the only one to take part in the race and one of just two that still exist.

It didn’t finish the race, but helped pave the way for the famed GT40 coupe’s successes that followed. In fact, it was instrumental in them, having been used by experimental car builder Kar Kraft and Carroll Shelby as a test bed for technologies that were implemented across the GT program.

After its development duties were completed in 1966, the roadster was put away in a Ford storage facility where it sat for two years until famed car customizer Dean Jeffries stumbled upon it and asked if he could buy it. As the story goes, the folks at Ford told him he could have it.

Following Jeffries’ death in 2013, the car was purchased by Mecum Auctions owner Dana Mecum, who had it fully restored and is the one offering it for sale.

While Mecum hasn’t announced an estimated value for the vehicle, the Hagerty Price Guide pegs it at a minimum of $7 million, which is what the other roadster sold for in 2014 but still a far cry from the 1968 GT40 coupe used in the film “Le Mans” that went for $11 million in 2012.