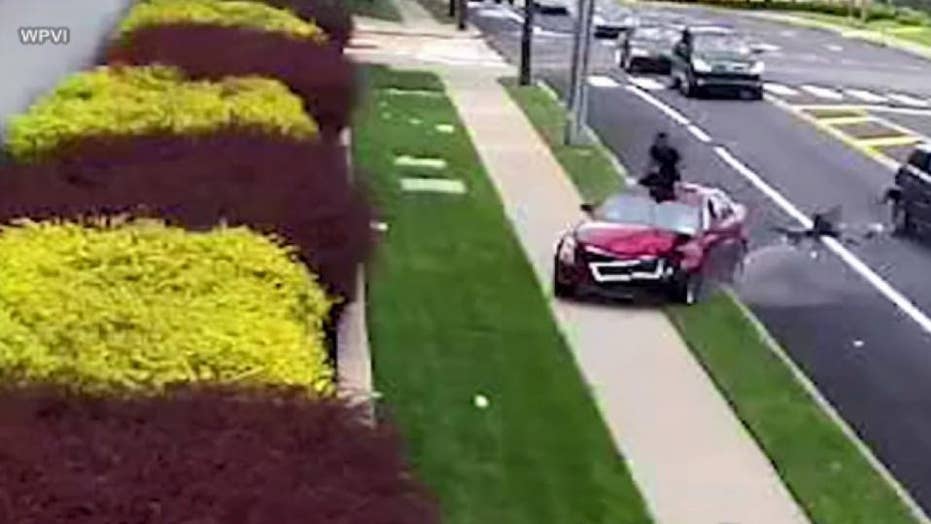 Driver flees out of sunroof after rear-ending vehicle

Driver bizarrely jumps out of sunroof, jumps back into car and then runs away from the scene of a crash before he returns.

Well, that’s one way to escape an accident.

One Cadillac driver in Philadelphia has been cited by authorities after rear-ending another car, causing a chain-reaction crash that damaged at least three other vehicles on July 26.

Around 6:50 p.m. on Friday, three cars traveling down Monument Road near City Avenue slowed for a stopped vehicle ahead – which the unnamed male driver of the red Cadillac apparently didn’t see, WPVI reports.

The Cadillac immediately slammed into the third car, causing a chain-reaction crash. The shocking sight was caught on surveillance camera by WPVI’s studios.

Bizarrely, with the red car still in motion, the man leapt through the sunroof and escaped the vehicle. He proceeded to run around to the front of the car, apparently looking for something in the driver’s seat, before sprinting off into the road.

Emergency medical services arrived about 45 minutes later to evaluate those injured in accident, including a “young child,” WPVI reports. All injuries were reported to be minor.

Around the same time, video showed the driver returning to the scene of the wreck in the back of a Pennsylvania State Police vehicle.

Authorities appeared to ticket the man, who was later able to drive away in the Cadillac.

State police have not revealed what the citation was for.