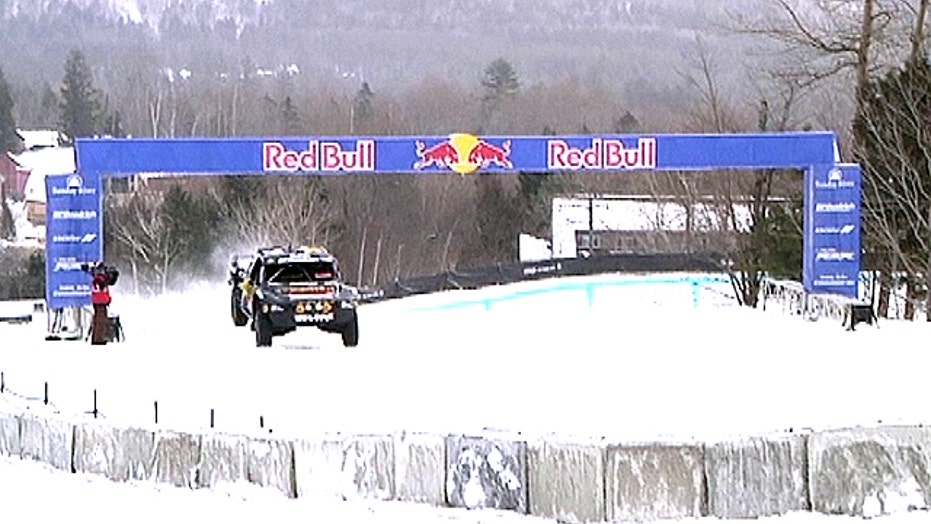 Off road trucks hit the snow

Off-road racing takes a detour off the dirt and onto the slopes.

Menzies Motorsports mechanic Travis Schulz said it was a chance try something new.

“To do something that no one has ever done before and to say you were the first…that’s a cool little notch on the belt,” Schulz said. “We pour our heart and soul into these things…and its awesome to see them out there doing stuff that nobody’s ever done.”

The course is about a mile long and reaches inclines up to 550 feet. The trucks rocket through curves and climbs, racing against the clock for the fastest finish.

Champion off-road racer Ricky Johnson says he was surprised when he was first approached with idea of switching from the dirt track to the snow. “My first thought was, ‘how steep is the hill going to be?’ This is red bull so they usually go for the biggest hill and stuff like that, and so if I crash, how far am I going to roll down?”

The Pro4 class trucks have 900 horsepower and are geared to take on the tundra with tires designed to dig in to the snow with metal studs that help provide traction on the track.

According to Johnson, “the biggest difference about racing in the snow is the tires. We’re running studded tires. They are over a half inch long.”

Battling freezing temperatures, snow and ice, these trucks are custom built to tough it out.

Schulz adds, “they have the big heaters in here [in the tent garage.] We run them as close as we can to the truck to try to keep them warm. Because that’s the killer out here, the cold.”

As racers and crews get used to dealing with the snowy terrain, Johnson says they are learning to adapt along the way.

Frozen Rush event coordinator Peter Brinkerhoff created the concept and says he is excited to see what’s next for off-road snow racing.

“Where do we go from here, we are not really sure yet. But from what we have been seeing so far, the possibilities are endless.”