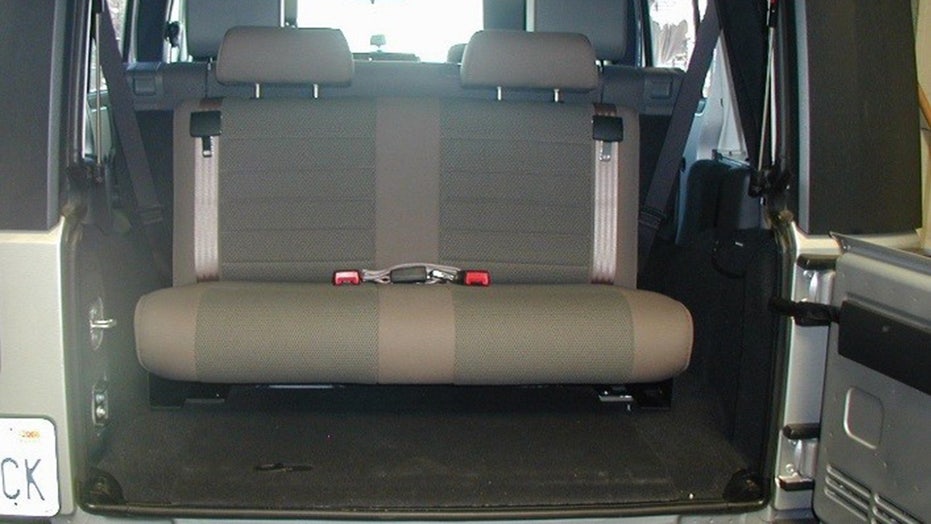 A new study has found that drivers of expensive vehicles are less likely to stop and allow pedestrians to cross the road; Country music star and host of Fox Nation's ‘The Pursuit!’ John Rich joins ‘The Daily Briefing.’

The National Traffic Highway Safety Administration has issued a do not purchase or use warning to consumers for an aftermarket back seat product for SUVs.

The Little Passenger Seat was marketed as a third- or fourth-row seat for over 70 models, according to the agency, but was not certified under federal safety standards. The product was previously highlighted by several media outlets, including "Jay Leno's Garage."

The seats were available in a variety of styles and designed to be installed in the cargo compartment of an SUV. The products were available as early as 2000, but the Modesto, Calif., company that sold them is now out of business. However, NHTSA said the seats still occasionally appear for sale online and were falsely advertised as being DOT-approved, which is how they were advertised on the company’s website.

NHTSA does not know of any injuries related to the product, but advises any customers who currently own one to stop using it immediately.

"This warning is especially important because the seats are frequently used by children," the agency said.