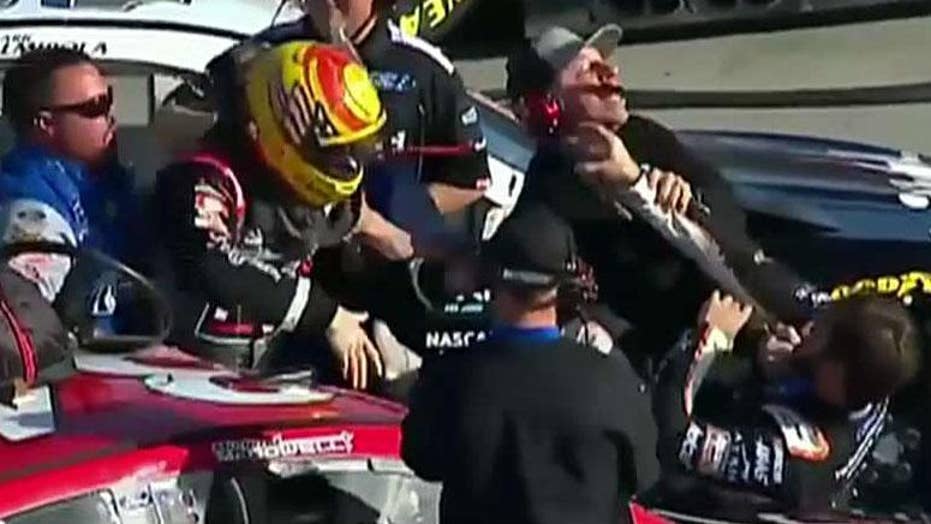 Tempers flared between NASCAR Cup Series drivers Daniel Suárez and Michael McDowell Friday after they were eliminated while jockeying for position in the first round of the competition at ISM Raceway in Phoenix.

Video showed Suárez jump over a concrete wall before exchanging words with McDowell, who was still in his racing helmet. The exchange immediately became heated as McDowell appeared to deliver the first blow before Suárez spun McDowell to the ground. Bystanders separated the two men, but McDowell attempted to grab Suárez’s legs as he was being restrained. The two called it quits a short time later after being restrained by a few crew members.

During the race, Suárez and McDowell kept getting in the way each other, and they ultimately ruined each other’s qualifying attempts.

Following the fight, the two spoke about what happened.

“It’s just a lack of respect,” Suárez told reporters. “Everyone here knows the second lap is a good one. You have to try to get out of the way if somebody is coming in your lap. He didn’t.”

McDowell claimed it was a “miscommunication.”

“It’s just unfortunate. He was upset. I held him up on his good lap and then he tried to crash us and I just didn’t appreciate it,” he said.

He called it “heat-of-the-moment stuff” and said the two will talk about it before Sunday’s race.

NASCAR is known for fights breaking out occasionally, including the memorable brawl between Jeff Gordon and Clint Bowyer at Phoenix in 2012.

Tensions were already high when teams arrived in Phoenix, with no one quite sure what to expect with NASCAR's new rules package allowing for more horsepower and additional downforce. But all of them expected passing to be difficult, and that made qualifying more important than usual.