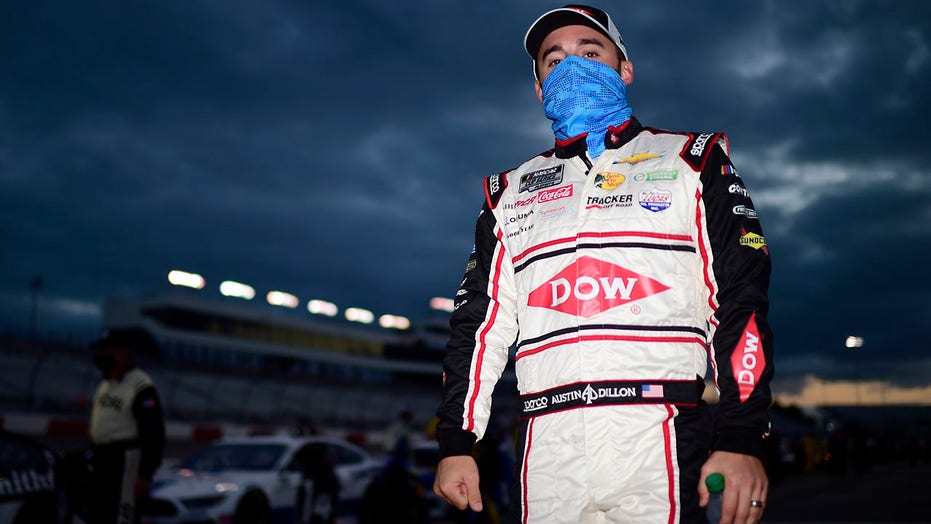 EXCLUSIVE - Austin Dillon is having his best NASCAR season ever, and some of the credit for that may go to his "Ace in the hole."

The Richard Childress Racing driver finished the regular season in 10th place and is currently sixth after back-to-back top 5 finishes in the first two playoff races.

Dillon said he’s felt fast all year, and things are coming together at just the right time as he heads into Saturday night’s race at Bristol Motor Speedway.

“We’re bringing cars that are as fast as Xfinity Internet to the track every weekend and if we do that, we can accomplish our goals,” he told Fox News Autos.

Dillon has had an even more eventful year than most drivers this unusual season. In June, he and his wife Whitney celebrated the birth of their son, Ace R.C.

Ace is Austin’s nickname, but he said his grandfather, Richard Childress, often used the term “Ace in the hole” and the name and initials are a dedication to him.

The 30-year-old said he’s loving being a dad and thankful for the reduced travel this year, which has allowed him to spend more time at home.

“It’s made me a happier person. Things that used to bother me, don’t bother me as much.”

Dillon also tested positive for COVID-19 with mild symptoms in August and had to sit out the Daytona road course race, but is happy that fans are starting to be allowed to attend some races. These include Bristol, which is sold out at a reduced capacity, but expected to host around 30,000 people, which would make it the largest audience of any U.S. sporting event since the pandemic began.

“I think it’s awesome that our fans are getting to come back to the track, NASCAR and all of the facilities have done a good job of keeping us safe,” Dillon said.

As for the race, don’t expect him to play it too safe. He finished sixth at the track in May and is ready to take the opportunity to grab the checkered flag this time around.

“You just let it come to you. If you’ve got speed, you go for the win.”