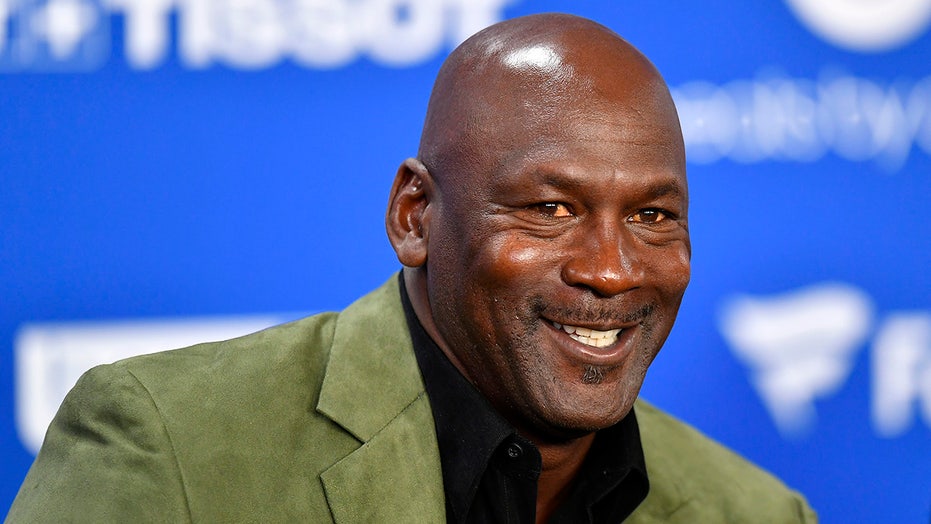 Barstool Sports president and founder Dave Portnoy responds to NBA superstar Michael Jordan getting an equity stake in DraftKings, saying Jordan is a 'notorious gambler' and he doesn't know how this helps the company long-term.

Michael Jordan is ready to roll.

The NBA legend has teamed up with Denny Hamlin to field a new NASCAR team in 2021 with Bubba Wallace driving.

“If you’re asking me, I want to win tomorrow as soon as we get on the track. I know it is a process,” Jordan told Fox Sports.

Jordan, who grew up in North Carolina, said he is a long-time NASCAR fan and is in it for the competition.

Jordan said the idea was hatched within recent days with his friend Hamlin, who is sponsored by Jordan Brand and a season ticket holder for the Jordan-owned Charlotte Hornets. A few weeks ago, a rumor spread that Jordan and Hamlin were interested in purchasing a stake in the Richard Petty Motorsports team that Wallace currently drives for, and Hamlin joked that they are team owners, which led them to discuss actually starting a team.

Around the same time, Germain Racing had indicated it was open to selling its team charter, which guarantees a spot in each race, and a deal was quietly struck.

Jordan, who becomes the first full-time Black NASCAR Cup Series team owner since Wendell Scott in 1971, said the sport’s recent inclusion efforts influenced his involvement, while Wallace’s decision to be outspoken on the topic of racial justice helped make him a candidate for the team.

“In essence, he took a stance for what we believed in. Obviously, I support him in his stance. It was a chip that added to this whole process,” Jordan said.

The team still needs a name and cars, but Fox Sports reports that it will likely take over the Toyotas currently run by Leavine Family Racing, which is closing up shop at the end of this season.

“We’re going to give Bubba the best possibility or chance to win in Year 1. I believe he can win in the first year. But I’m also not naive to think that this is an easy business. It is hard to win,” Hamlin said.

The 26-year-old Wallace’s best career result was his second-place finish at the 2018 Daytona 500, and the season-opening event will be his first points race for his yet-to-be-named new team.