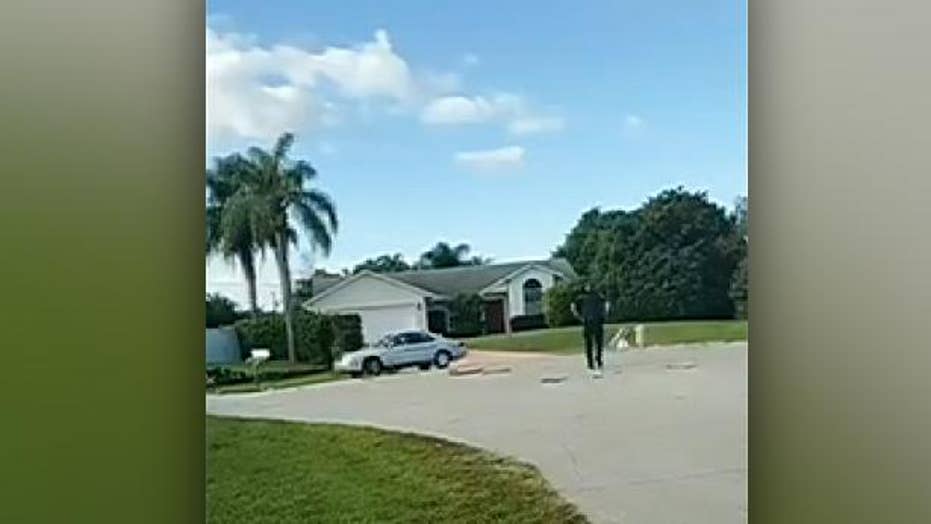 Raw video: According to the Port St. Lucie Police the owner stepped out of the car and it was accidentally left in reverse with the dog inside.

A day after a Port St. Lucie, Fla., pooch shifted a Mercury Sable into reverse and rode around in circles for an hour last Thursday, another clueless canine did something similar in Slidell, La.

Slidell Police posted video to Facebook of a Hyundai Santa Fe backing out of a gas station Friday night with its owner frantically trying to get in and stop it as it slowly backs across a four-lane highway and into the island of another gas station on the other side of the road.

According to police, a mechanical issue allowed a chihuahua left inside to shift the SUV out of park. The owner suffered mild injuries as she was knocked to the ground, but no vehicles ore property were damaged in the incident.

The police added “let this be a lesson to everyone to please use caution when leaving pets inside of your vehicle!”