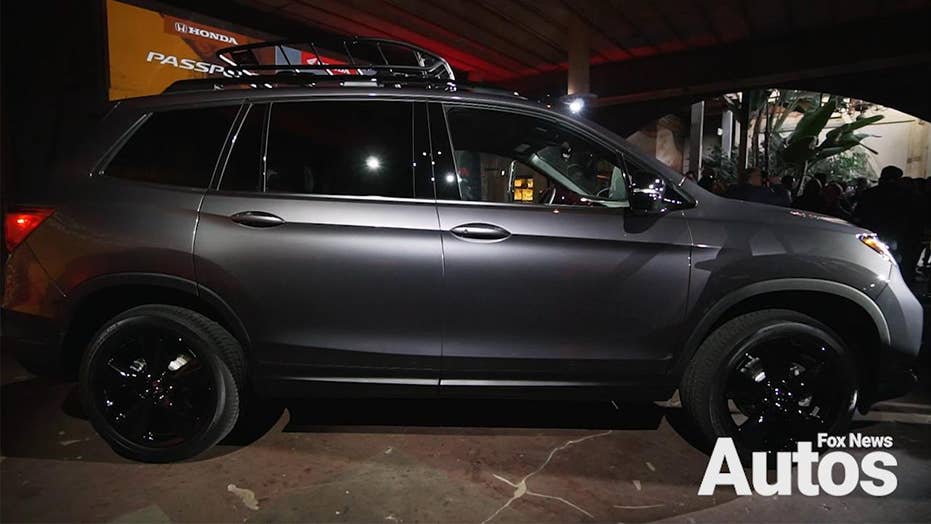 The Honda Passport has been renewed

The 2019 Honda Passport is the most off-road capable SUV the automaker has ever built.

LOS ANGELES – The Honda Passport has been renewed.

The dormant model name is making a comeback after 15 years on an all-new SUV that Honda says is its most adventurous one yet.

The 2019 Passport is essentially a two-row version of the latest 8-passenger Honda Pilot and features the same 280 hp V6 engine, 9-speed transmission and optional torque-vectoring all-wheel-drive system as its big sister.

But with 8.4 inches of ground clearance, the AWD Passport rides higher than the Pilot and has shorter overhangs at each end that improve its off-road capability some without ruining its manners on the street. It’s still not a rock crawler like a Jeep Grand Cherokee, but it should take you further down a rocky road than any Honda SUV before it.

The Passport comes standard with the Honda Sensing suite of active safety systems that includes automatic emergency brakes, self-steering lane-keeping assist and adaptive cruise control. Front-wheel-drive Passports can tow 3,500 pounds while AWD models can be equipped with a towing package that increases the limit to 5,000 pounds.

The front cabin is nearly identical to the Pilot’s, but the Passport has an underfloor storage bin in the cargo area and its spare tire is mounted inside, instead of underneath the vehicle. A selection of accessories will be offered to further enhance its utility, like washable bins and a roof-mounted basket carrier.

The Passport is scheduled to arrive in showrooms early next year at a yet to be announced price, but expect it to land somewhere between the $25,000 CR-V and $32,000 Pilot. And while it could be seen as a replacement for the Accord, as more and more car buyers opt for SUVs, Honda Assistant Vice President of Product Planning Jay Joseph says the company expects it to add overall sales rather than cannibalize them from other models.