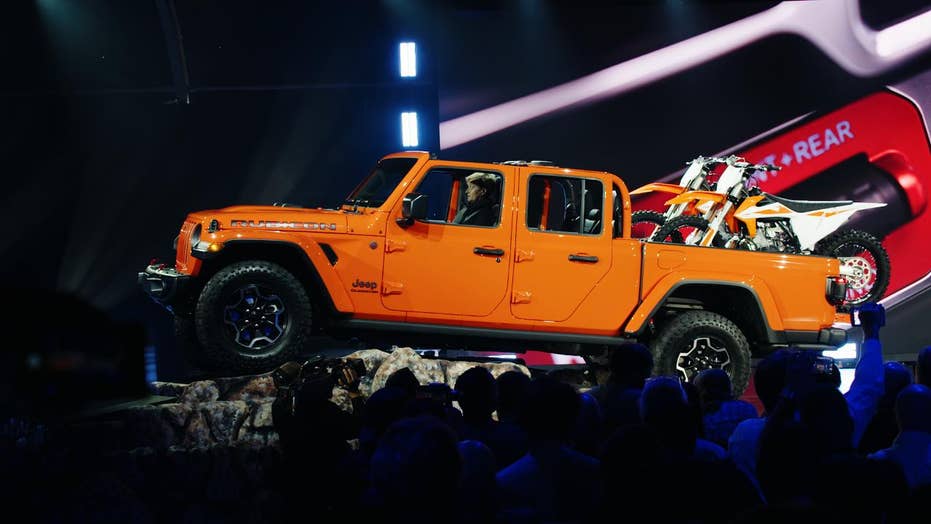 The Jeep Gladiator is ready for battle

The 2020 Jeep Gladiator is the brand's first pickup since 1992. It's based on the Wrangler SUV and was designed to do anything it can do.

LOS ANGELES - The 2020 Jeep Gladiator is ready to do battle in the midsize pickup segment.

The long-awaited hauler is based on the Jeep Wrangler, and shares the iconic SUV’s style and off-road chops. It resurrects a name last used in 1972, and is Jeep’s first pickup since the Comanche ended production in 1992.

About a yard longer than a four-door Wrangler Unlimited, the crew cab Gladiator has a five-foot bed, a removable roof and doors, and a windshield that can be folded down. That makes it the only open top-pickup, and then some. Black, body-color and soft top roofs will be offered for when you’d rather stay covered up.

The body-on-frame ruck will launch next spring only as a 4x4 with a 285 hp 3.6-liter V6 and a choice of an eight-speed automatic or a six-speed manual transmission, but a 3.0-liter turbodiesel with the automatic is slated to join the lineup the following year. Equipped with solid axles in the front and rear, Jeep says the Gladiator will be able to tow up to 7,650 pounds and carry as much as 1,600 pounds in its steel bed and cab, thanks in part to a rear suspension that borrows some of its design from the Ram 1500.

The Toledo, Ohio-built Gladiator will be available in Sport, Sport S, Overland and Rubicon trim levels, with the Rubicon sporting the most extreme off-road capability. It comes with locking differentials, a detachable front sway bar, four skid plates, rock rails for the cabin and bed, steel cutaway bumpers, a lifted suspension and larger tires providing 11.1 inches of ground clearance, and the ability to wade through two and a half feet of water. The Rubicon also gets a Jeep-first front-mounted camera to help while navigating rough terrain.

But it's not just a rock-crawler. The Rubicon is equipped with a high-speed off-road drive mode that locks the rear differential, unlocks the front one and keeps the sway bar engaged.

All Gladiators have a backup camera, and a blind-spot warning system, adaptive cruise control and automatic emergency braking will be offered on some models. The cabin is largely identical to the Wrangler’s, including its waterproof start/stop button, UConnect infotainment systems and storage bins underneath the flip-up and foldable rear seats.

Gladiator prices have not been set, but a Wrangler Unlimited Sport starts at around $32,000, so it will likely be a bit higher than that.

JEEP BOSS TIM KUNISKIS EXPLAINS WHY IT'S CALLED THE GLADIATOR: 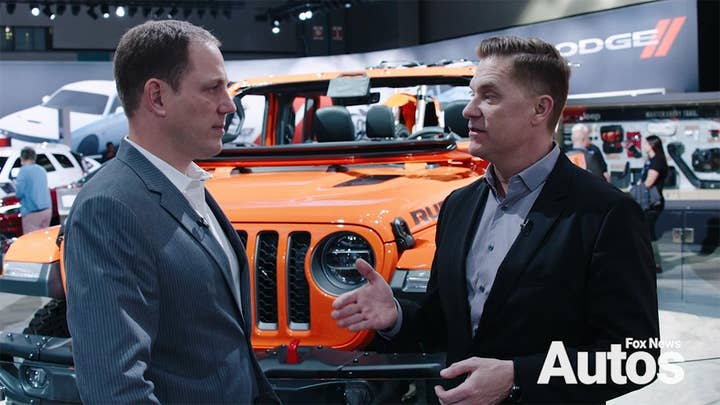