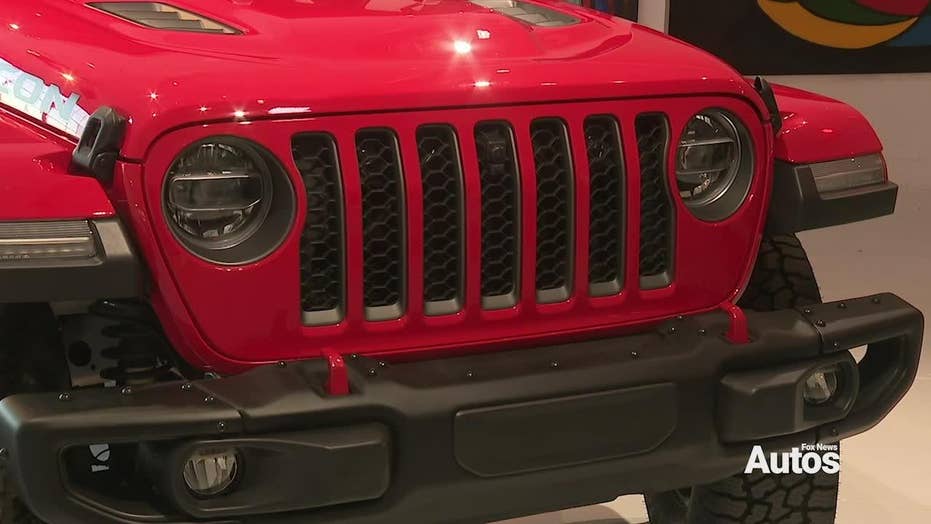 Mark Allen, head of Jeep Design, talks to Fox News Autos about what goes into styling the popular SUVs and what to expect from the new ones on the way.

Jeep thinks it knows how to kill the “death wobble.”

The notorious issue presents itself as a violent vibration at high speeds and is a common complaint among Jeep Wrangler owners. It has also been reported in vehicles from several brands that feature solid front axles, including heavy-duty pickups.

The Wrangler uses this type of axle primarily because it provides better articulation in off-road situations than an independent suspension, and better protection for the drivetrain when it strikes rocks and other hard obstacles.

The National Highway Traffic Safety Administration (NHTSA) has investigated the wobble in the Jeeps and has, so far, determined that it does not pose a significant safety risk. There have been no known accidents or injuries connected to it, but owners continue to file complaints with the agency, the automaker and social media sites.

The Detroit Free Press reports that Jeep has tracked the issue on the latest generation of the Wrangler --  known as the JL – to the steering damper. The chief technical compliance officer, Mark Chernoby, told the paper that a design flaw allowed air to get in at cold temperatures, reducing vibration control at certain frequencies.

The damper is mounted horizontally alongside the axle. (Jeep)

"When you hit a bump in the road, if everything is just right, this suspension can set off that resonance, and what we started seeing is as soon as it got cold this past fall, early winter, we started seeing complaints," Chernoby said.

The damper has now been reengineered; JL Wrangler owners are being notified that they can ask to have the part replaced for free through a customer service program. A Jeep spokesperson said an internal study found that only the JL Wrangler, introduced for the 2018 model year, requires this particular fix.

The automaker has issued technical service bulletins to dealers advising them of a similar issue with the previous generation JK Wrangler, and offered several possible causes, including the installation of after-market equipment, incorrect tire pressure and worn steering and suspension components.

Jeep parent Fiat Chrysler is facing a federal class-action lawsuit related to the issue in 2015-2018 models that includes a buyback program as one potential remedy.