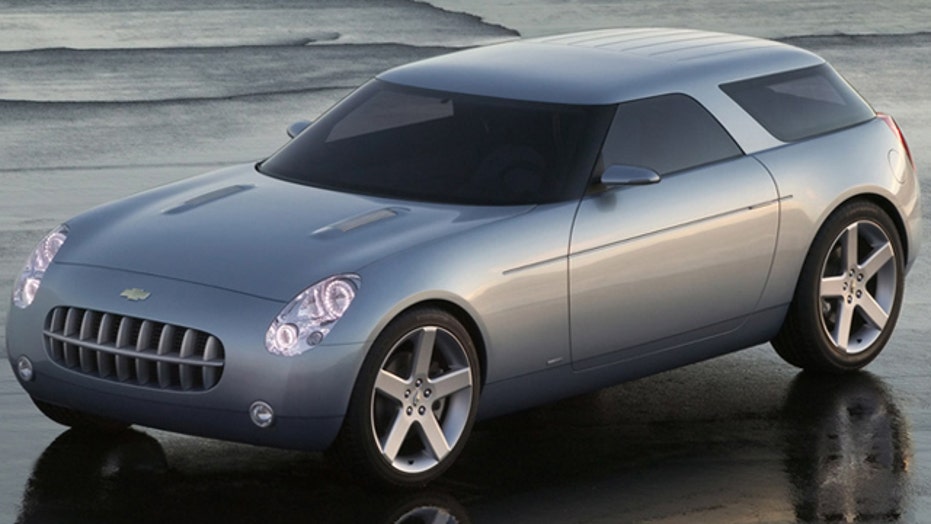 Chevy Wagon in the Works?

Could the wagon return to Chevy showrooms?

If General Motors’ new product chief, Mark Ruess, has his way, it might.

At the unveiling of the GMC Canyon in Detroit this week, I asked him what kind of car GM doesn't currently make that he thinks it should.

Without pause, he answered, “I still think no one’s offered a really good, affordable wagon in the United States. You know, mainstream, fun, good-looking, hot-looking, fun-to-drive wagon at a reasonable price point.”

The only wagon sold in the United States by an American brand today is the Cadillac CTS Sport Wagon, which has a starting price of over $43,000 and is scheduled to be discontinued this year.

Several foreign brands still offer wagons here, like the BMW 3-Series and Mercedes-Benz E-Class, but none of them quite fits the bill for what Reuss seems to have in mind.

“There’s a lot of wagons in the market, but they’re really expensive and there’s a lot of people that can’t afford that, and I think there’s an opportunity there,” he told me.

The once-popular body style has fallen out of favor in recent years, as customers continue to flock to larger and taller crossovers and SUVs. General Motors still makes a few wagons that it sells overseas, but Reuss says the new one would have to make a compelling case for itself to lure American buyers back.

“It’d have to be really fun to drive, otherwise people aren’t going to get out of the crossover and the mini-crossover market,” Reuss said.

At the 2004 Detroit Auto Show, Chevy unveiled the Nomad Concept. The rear-wheel-drive two-door was built on the same platform that eventually underpinned the Pontiac Solstice and Saturn Sky sports cars, and resurrected one of the most iconic names in the brand’s history. It was the kind of drool-machine wagon fans could only dream about it. Literally, as it never saw production.

But the stars may finally be aligning in its favor.

The next Chevy Camaro is expected to be based on the rear-wheel-drive architecture now used by the Cadillac ATS, and last year Reuss said that the even smaller Code 130R entry-level sports coupe concept unveiled at the 2012 Detroit Auto Show would follow suit, if a case could be made for its production. Since there’s always strength in numbers when it comes to keeping costs down on a platform, adding a small wagon like the Nomad to this mix could be a good fit.

But there’s the hitch.

While Reuss is the one in charge of development, he still has to convince his boss, GM CEO Mary Barra, that people really want a fun wagon in order to get the green light to build one.

Then again, she used to have his job and helped bring cars like the new Camaro Z/28 and Chevy SS sports sedan to the lineup, so perhaps a new Nomad will be wandering into showrooms soon.