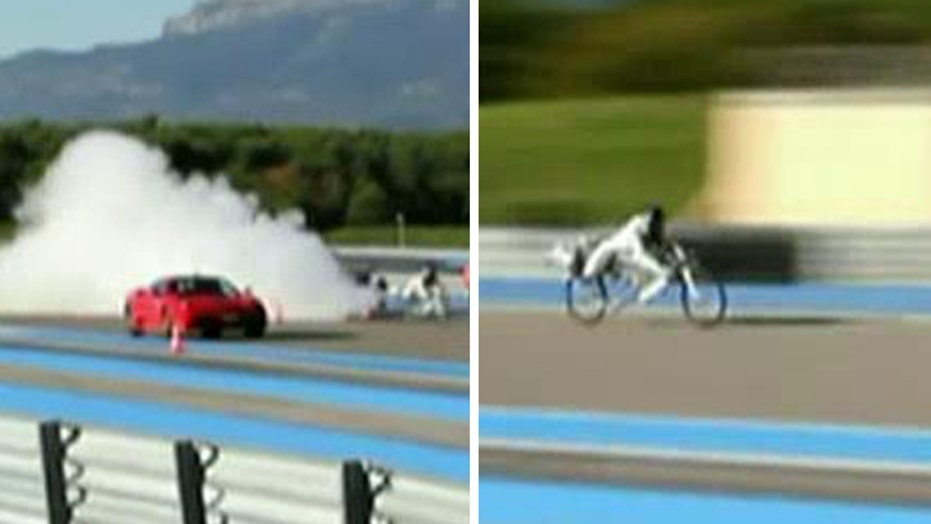 Talk about a performance enhancement.

Not a proper motorbike, mind you, but a narrow-framed, skinny-tired bicycle fitted with three hydrogen peroxide rockets that accelerated it to that record speed in under 5 seconds.

The feat was accomplished at the Circuit Paul Ricard in France, where he left a Ferrari 430 supercar in the dust for effect.

The record, which translates to 333 km/h bested his old mark of 285 km/h and exceeded the 300 km/h rating of the bike’s specially mad tires, but it still may not be fast enough for Gissy.

According to RT.com, Gissy says that with a few modifications the bike could hit 400 km/h, nearly 250 mph, in under two seconds.