You may not know who Vaughn Gittin Jr. is, but the kids do. He’s a pro drifter, the racing kind, and a member of the Ford Performance stable.

He also builds custom Ford Mustangs inspired by his competition car that he sells under the RTR name, which is shorthand for his motto “Ready to Rock.” Now Ford is hitching its wagon to Gittin’s star with a new Series 1 Mustang RTR package that brings some of his sideways style to showrooms. Think of it as a millennial-focused bookend to the boomer-friendly Bullitt.

The dealer-installed package adds a set of adjustable swaybars to Mustangs equipped with the optional Performance Pack, plus a set of staggered wheels and tires with 9.5-inch fronts and 10-inch-wide rears, a Gurney flap, RTR decals and interior trim, a numbered dash plaque, RTR’s signature illuminated grille vents and a few other baubles.

Pricing hasn’t yet been announced, but the package will come with a full factory warranty and be limited to just 500 cars when it goes on sale in early 2019. It'll be available with either the Mustang’s four-cylinder turbocharged engine or its 5.0-liter V8, which start at $29,610 and $40,345 when equipped with the performance pack. 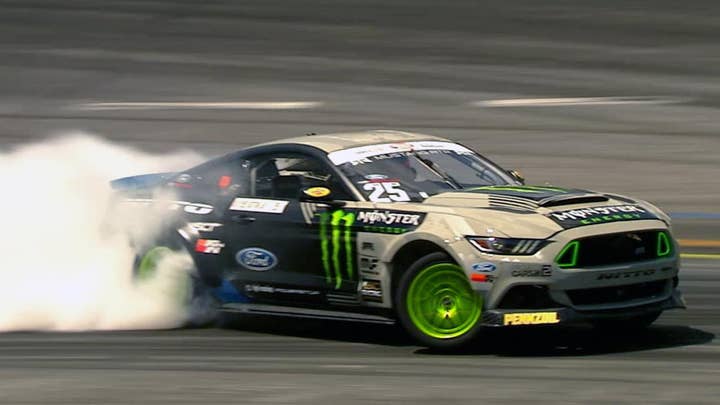