Ford and Mazda are adding more than 35,000 pickup trucks in North America to a list of vehicles that should not be driven because they have Takata air bag inflators with a high risk of exploding.

The warning includes 33,428 Ranger and 1,955 Mazda B-Series small pickups from 2006 model year, according to both companies. Ford, which made the B-Series for Mazda, found test results showing that the trucks had inflators that ruptured or recorded high internal pressure readings, spokeswoman Elizabeth Weigandt said Monday.

The companies and the U.S. National Highway Traffic Safety Administration said dealers will tow the pickups to service bays to replace the faulty inflators and provide loaner vehicles. Parts for the repairs already are available.

NHTSA, the government's highway safety agency, said in a statement that pickups not covered by the do-not-drive warning are being scrutinized to see if they should get the same treatment. The agency has asked Ford, Mazda and Takata to focus testing on inflators built outside that 2005 production range "to ensure that other vehicles do not need to be included," the statement said.

The agency urged owners of all the recalled Rangers and B-Series trucks to call a dealer and get repairs made now.

Takata uses ammonium nitrate to create a small explosion to inflate air bags. But the chemical can deteriorate and burn too fast, blowing apart metal canisters and hurling shrapnel into drivers and passengers. At least 22 people have died and more than 180 have been hurt because of the problem. 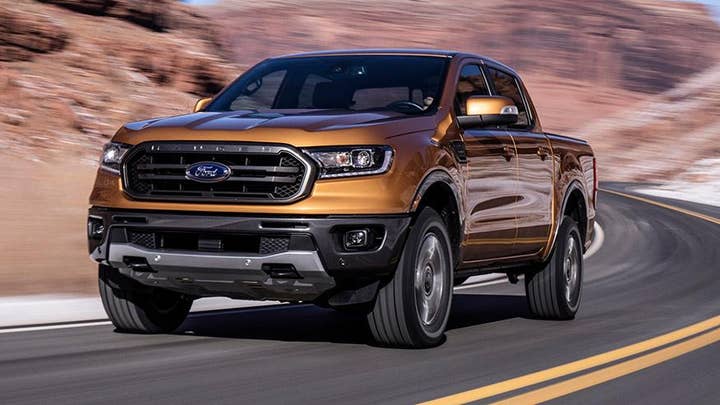 Last month Ford told 2,900 owners of the 2006 Ranger not to drive them after finding out that a West Virginia man was killed by an exploding inflator.

Steve Mollohan, 56, of the Hedgesville, West Virginia, area died July 1 in nearby Martinsburg, about 80 miles northeast of Washington, D.C., according a Pittsburgh-based law firm representing the family.

Ford said it was notified of the accident in December. After some investigation, the company determined that the truck's inflator was made on the same day as one that exploded and killed a South Carolina man driving a Ranger in 2015.

Ford's Weigandt said the small pickups already were under recalls for driver and passenger inflators. In most cases owners can still drive recalled vehicles, but Ford issued the do-not-drive warning because of the elevated risk.

In January of 2016, Ford recalled about 361,000 Rangers in the U.S. and Canada from the 2004 to 2006 model years to replace the driver's inflators. The recall came after the government announced the December 2015 death of Joel Knight, 52, of Kershaw, South Carolina, that was caused by a Takata air bag inflating in his 2006 Ranger. A similar number has been recalled for passenger inflators.

Weigandt said that Ford did not find a higher risk of inflator rupture in the rest of the recalled Rangers. "We respond to the data," she said.