Is Fiat Chrysler Automobiles about to resurrect the Cuda name for a modern-day muscle car?

The folks at Allpar noticed that FCA renewed its trademark for “Cuda” with the United States Patent and Trademark Office on June 16. It follows the renewal by FCA of the trademark for “Barracuda” in 2015.

Before you get too excited, recall that automakers routinely renew trademarks with such filings in order to prevent other firms from using the names. Then again, we’re getting awfully close to the end of production of the current Dodge Challenger. The last we heard, the replacement will arrive for the 2020 model year.

There's mounting speculation that FCA is planning two models to succeed the Dodge Challenger. One is expected to be a direct replacement keeping the Challenger name, while the other is thought to be a lighter, smaller convertible model called a Barracuda or Cuda.

Whatever the outcome, expect the next generation of Dodge’s rear-wheel-drive muscle cars to use the brilliant Giorgio platform developed by Alfa Romeo. Worryingly, the switch to the new platform might coincide with a switch to downsized engines.

Talk of the Barracuda’s return dates back to even before Plymouth's demise at the start of century. The rumors never really got serious until Dodge rolled out its Challenger-based Barracuda concept at the 2007 SEMA show.

THE DODGE DEMON IS AN ABSOLUTE BEAST: 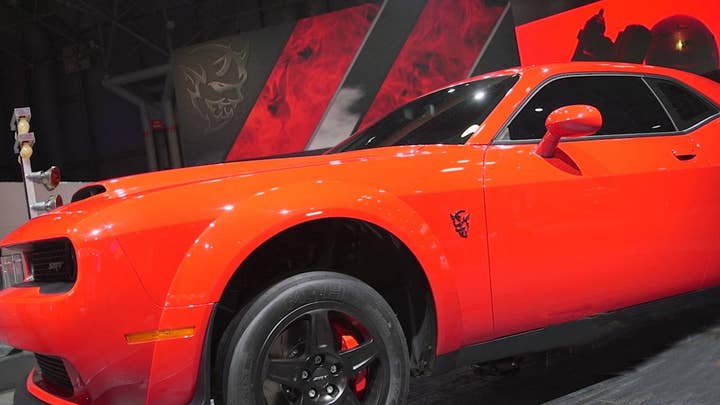