Tesla is planning a horse race with Ford in the pickup segment.

Days after proclaiming that Tesla’s upcoming electric pickup would be better than a Ford F-150, Elon Musk revealed on Tuesday what his target is for the truck’s all-important tow rating.

Tesla has released a single teaser image of its sci-fi truck that shows the front end. (Tesla)

Speaking at the company’s shareholder meeting, Musk told an attendee who identified herself as a horse trailer owner and wanted to know how much the truck could pull that “if an F-150 can tow it, then the Tesla pickup truck should be able to do it.”

That suggests Tesla’s truck will be able to tow at least 13,200 pounds, which is the top rating for an F-150 equipped with a turbocharged 3.5-liter V6 engine and is currently best in class.

Musk had previously mused on twitter that the truck would tow 300,000 pounds, which other light duty trucks have accomplished over short distances, but not during SAE approved testing. The benchmark evaluation uses a battery of tests that includes an 11.4-mile uphill tow.

Musk has also promised that the truck will feature sci-fi styling, an adjustable suspension, a range of over 400 miles per charge and performance better than a base Porsche 911. He said that he expects to unveil it before the end of the summer and that it will have a starting price below $50,000. Sales are unlikely to begin before 2021. 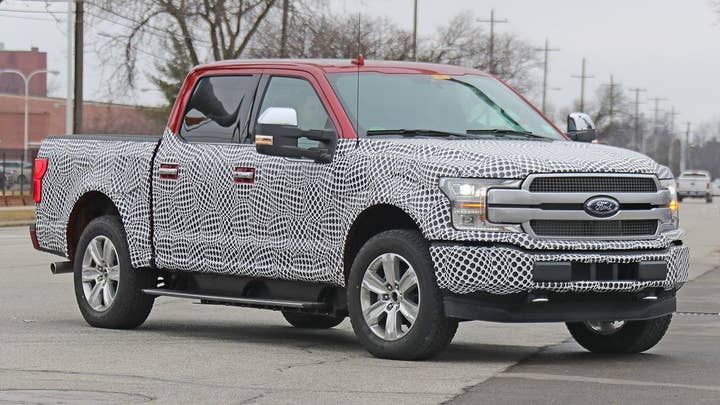 By then there’s a good chance the F-150 will be able to tow even more, and not just the internal combustion engine models. That’s because Ford is working on an electric version of its pickup that could be on sale around the same time as Tesla’s.