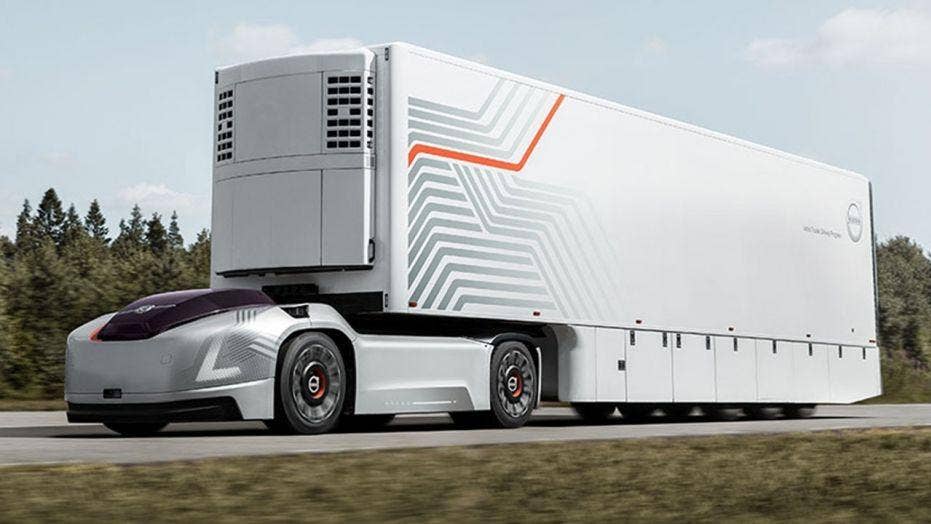 Volvo Trucks revealed its concept for a new self-driving electric semi-truck. It has been designed as a replacement for trucks that move large volumes of goods between fixed hubs.

Volvo unveiled its first fully electric model on Wednesday as it aims to put 1 million electrified cars on the road by 2025.

The XC40 Recharge isn’t an entirely unique vehicle, but a battery-powered version of the recently introduced XC40 subcompact SUV. The all-wheel-drive utility features a 78 kilowatt-hour battery pack that provides an estimated 200 miles per charge, which is on par with the Audi e-tron’s 204 mile rating, but falls short of the Tesla Model X 75D 238-mile range.

Volvo says the 408 hp XC40 Recharge can accelerate to 60 mph in 4.7 seconds, making it quicker than an entry level Tesla Model 3 sedan. Pricing hasn’t been announced, but Volvo said it will reimburse owners for the equivalent of one free year of electricity, tracked and paid for through its connected app. The incentive applies to all of Volvo’s plug-in models, including hybrids, which will all be adopting the Recharge name.

Along with the zero-emissions drivetrain, the XC40 Recharge debuts Volvo’s new Google-based infotainment system, which is equipped with voice-controlled Google Assistant and Google Maps. Additional apps will be added and the XC40 can accommodate over-the-air updates for certain vehicular systems.

The XC40 Recharge goes on sale in the U.S. in 2020 and Volvo plans to follow it with an additional all-electric model each year.