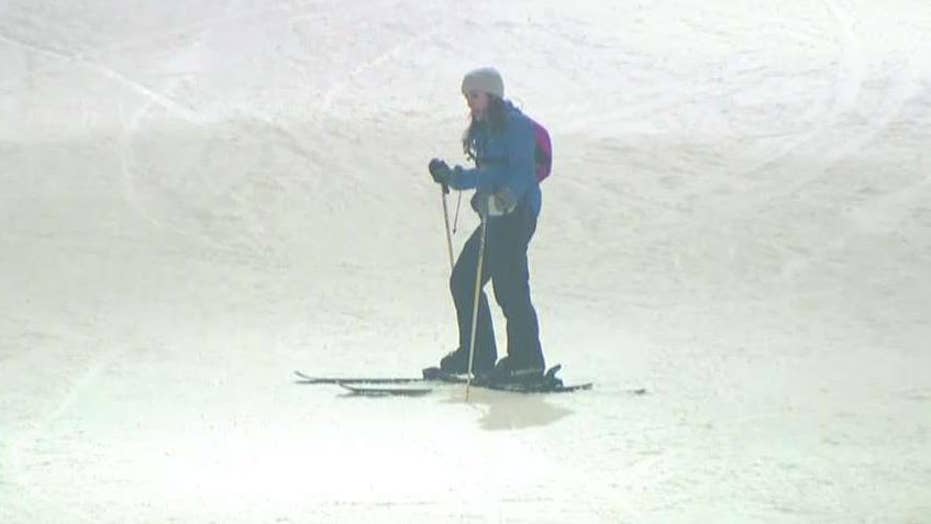 Maybe he’s been watching too many car commercials?

A man was arrested at the Magic Mountain ski area in Vermont last week when he drove his Land Rover Range Rover SUV up a slope. The Chester Telegraph reports that an employee spotted the 59-year-old New York resident driving around a terrain park on a slope called “Hocus Pocus” after the mountain had closed to skiers for the day.

He’d gotten a few hundred feet up from the base lodge before responding police arrived and apprehended him and administered a field sobriety test that determined he was intoxicated.

According to the report, it was the second time the man had been charged with a DUI violation. No one was injured in the incident, and the damage amounted to ruts in the snow that were easily repaired.

Coincidentally, Land Rover is the official vehicle of the U.S. Ski and Snowboard team. One of it’s recent commercials features Olympic gold medalist Mikaela Shiffrin driving a Land Rover up a snowy mountain road to the top of a ski slope, with the tag line "Play Harder This Winter" and the requisite Professional Driver on a Closed Course. Do Not Attempt warning, of course.