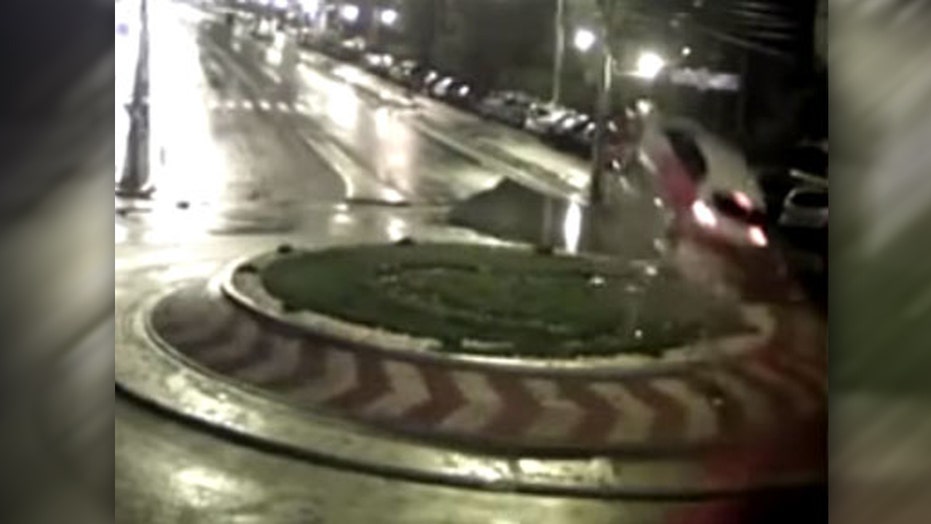 The dog was very impressed. Or perhaps just concerned.

A drowsy driver in Romania became an accidental action hero when he fell asleep behind the wheel and the car jumped over a traffic circle, landing smack in the middle of a puddle of water on the other side.

The car remained largely intact, and the 22-year-old driver was unharmed, according to The Telegraph, but does face charges for damaging the roundabout’s island, which has sloped sides that look perfectly designed to launch a car into the air.

While the event was captured by security cameras, the only eyewitness appears to be a stray dog. It stops in its tracks to watch the jump, and then trots across the street for a closer look, before being scared away by an approaching car.

You never know which way it’s going to go, best just to get out of the way.