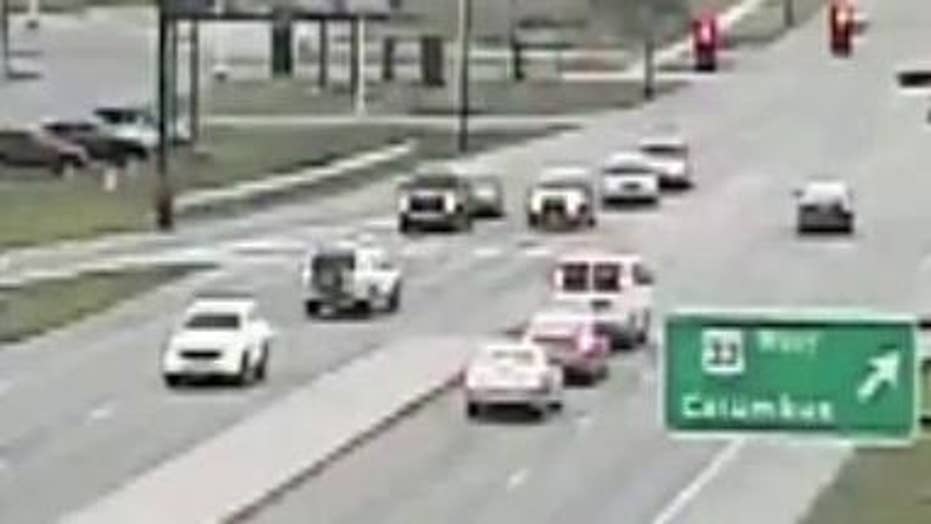 If one driver caught navigating rush hour traffic in reverse doesn't have a job a stunt driver, they might soon.

In video captured by one of the Ohio Department of Transportation's traffic cameras, the driver of a white SUV is seen backing up off the highway on US Route 33 and onto ramp toward Gender Road in Canal Winchester around 6:45 a.m. Tuesday morning. The vehicle is then seen navigating at least two traffic lights as it makes its way into a nearby shopping complex before parking in a Kroger parking lot.

Officials with ODOT said they were watching the area because of heavy traffic when they noticed the SUV backing up into the grassy median. They suspected his transmission went out and he had no other choice but to backup.

The entire sequence was 1.2 miles long and lasted approximately 4 minutes.

ODOT said they're grateful no one was hurt and if your vehicle isn't running properly, to pull over and call for assistance.