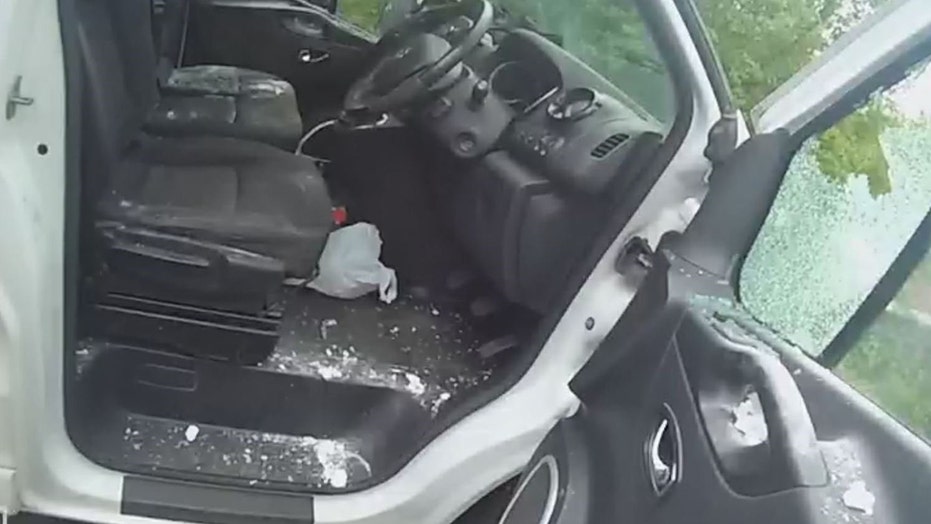 The holiday sweaters have been taken down from Walmart's website; reaction on 'The Greg Gutfeld Show.'

He wanted to put the dust in the wind.

A British driver being pulled over by police was arrested after he tried to throw $30,000 worth of cocaine out of his van.

The closed window of his van.

Devon and Cornwall police reported that when they approached the vehicle, they found the man and interior covered in the powdery white substance.

The drug was in a plastic bag that split when it hit the glass, according to SWNS.

"Great Team effort with Firearms, Traffic and Scenes of Crime," the police said in a tweet.