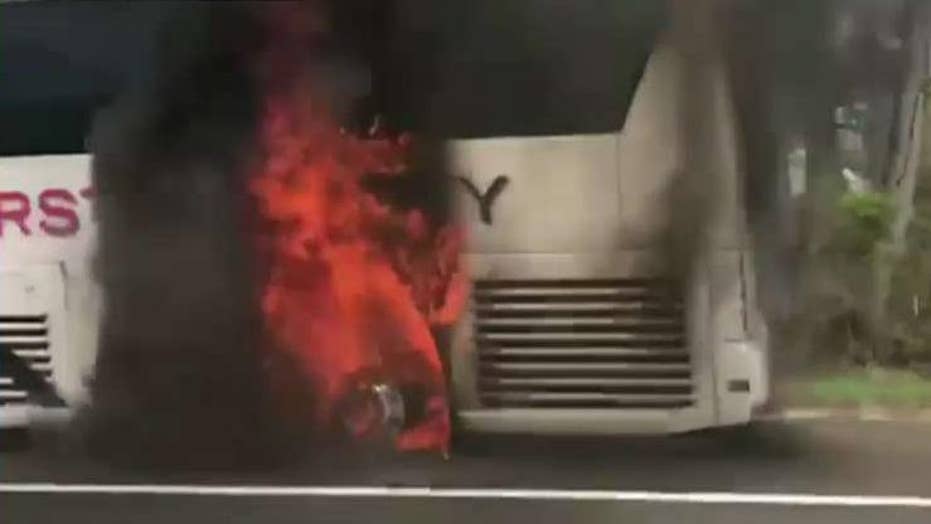 Dr. Mehmet Oz filmed dramatic video Sunday of high school students fleeing a bus engulfed in flames on the side of the New Jersey Turnpike.

Oz was driving along the highway when he saw the fire taking over the coach bus. He pulled his car off to the side of the road in front of the bus and started filming the frantic students fleeing the blaze.

Oz said in a Facebook post that the students were from a Baltimore high school and were on their way home from a trip to New York City to see the hit Broadyway musical "Wicked."

“Luckily no one was hurt, and the students were able to save their instruments -- some even braving the danger to protect these prized possessions,” Oz wrote. “As the courageous driver, Anthony Townes, explained, the wheel of the bus caught on fire. I'm just so thankful everyone made it out safe and sound."

New Jersey state police said the incident occurred around 11:30 a.m. in the southbound lanes of the turnpike, according to NJ.com.

No injuries were reported in the fire and a replacement bus arrived about 30 minutes after the incident, state police Sgt. Lawrence Peele said.