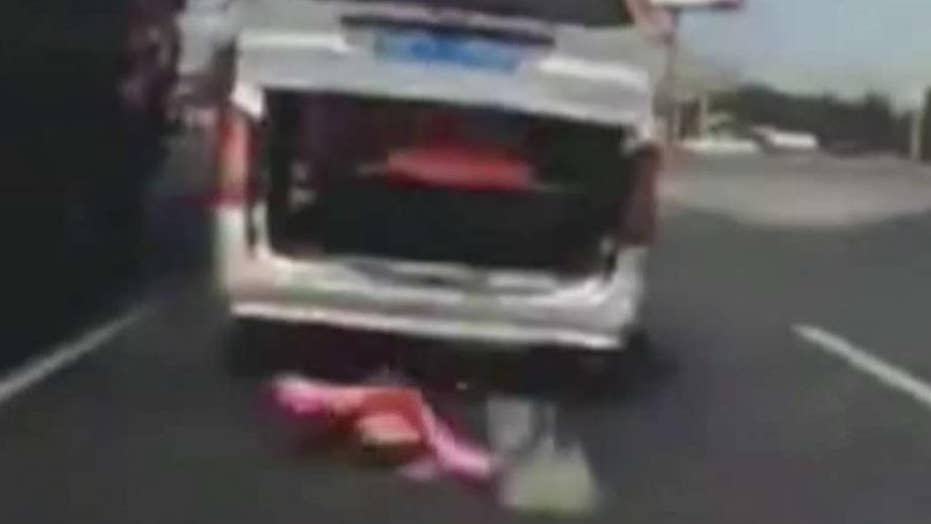 Toddler falls out of moving van onto highway in China

Boy gets up, chases after car

This is the horrifying moment a toddler fell out the back of a moving car — and the driver didn't even notice.

The incident was filmed on the dashcam of the vehicle behind, whose passengers are heard yelling out the window.

The child can be see rolling out the back of the van onto the busy motorway after the vehicle’s boot shoots open while travelling on a road in Suzhou, eastern China.

After falling out the back of the car, the child is seen getting to his feet and chasing after his grandfather's vehicle.

The driver of the car that filmed the incident then runs to pick up the child, before his grandfather eventually returns.

The grandfather told local media that the toddler was initially riding in the backseat, but climbed into the rear cargo hold when he wasn't looking.

The child then pushed against the boot door, which was broken and could not be securely closed.

By the time the grandfather realized what had happened, the child had already fallen out.

More auto news from The Sun