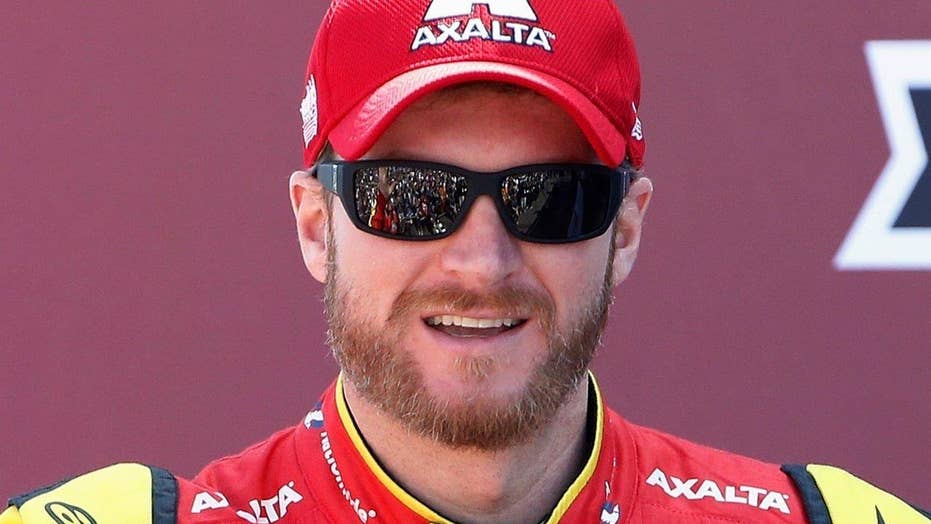 NASCAR Sprint Cup driver Dale Earnhardt, Jr. is the latest athlete to announce that he will be donating his brain to researchers studying chronic traumatic encephalopathy. CTE has been linked to repeated concussions and has become a hot-button issue in athletics, particularly in contact sports like football, hockey, soccer, and wrestling.

While NASCAR isn't a contact sport in the traditional sense, its participants are no strangers to concussions. Dale Jr. has had several of them over the course of his career. He actually raced while concussed, following a 2002 crash at Fontana. More recently, he sat out two races following an October 2012 wreck at Talladega. And there's evidence that CTE has been ravaging the NASCAR ranks for far longer than Junior's been making left turns. Road & Track has an excellent profile on former racer Fred Lorenzen, who's suffering from dementia believed to be induced by CTE. With any luck, Junior's announcement could mark the start of a trend among NASCAR drivers and the sport's governing body, not unlike how the suicide of former NFL star Junior Seau led to a surge of interest about CTE among football players.

Earnhardt, Jr. made the announcement via Twitter, replying to another user after retweeting a story from Sports Illustrated about three former Oakland Raiders players making donation commitments. Those players – George Atkinson, George Buehler, and Art Thoms – made their donations after former Raiders quarterback Ken Stabler was found to be suffering from stage three CTE following his death from colon cancer.

It should be noted that Junior went beyond simply committing to donating his brain to CTE, saying he'd be "donating everything one way or another," a move that could be motivated by the death of IndyCar racer Justin Wilson. According to Jalopnik, the British driver saved six lives by donating organs after his 2015 death at Pocono. You can see both of Earnhardt's tweets about organ donation by scrolling down.