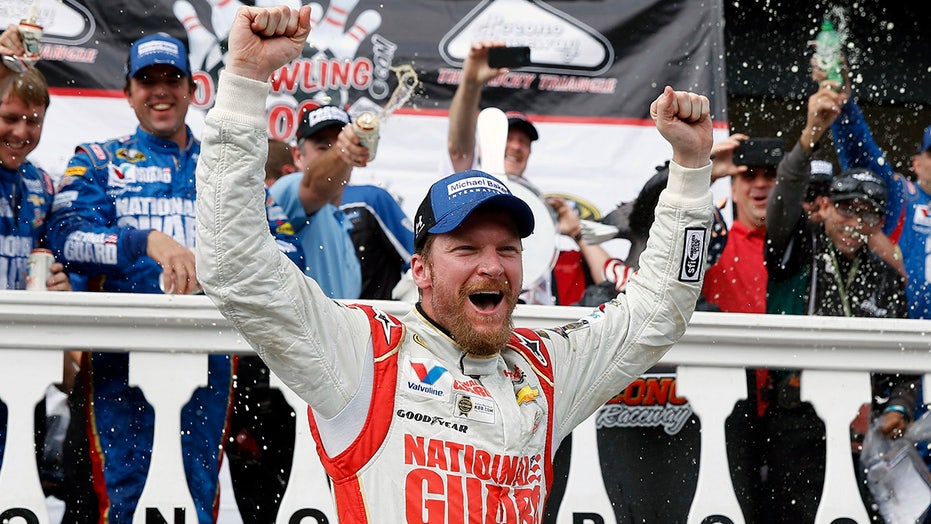 Dale Earnhardt Jr. will be joining his late father in the NASCAR Hall of Fame in 2021 after receiving 76 percent of the vote in his first year on the ballot.

Stock car racing greats Mike Stefanik, who was killed in an airplane crash last year, and Red Farmer, an 87-year-old who still races on short tracks and plans to compete on Talladega’s dirt track this weekend ahead of the Cup Series race at the Superspeedway, were elected alongside Earnhardt.

Stefanik and Farmer were elected alongside Earnhardt. (AP)

Earnhardt was named NASCAR’s most popular driver 15 years in a row and finished his Cup Series career with 26 victories, including two at the Daytona 500, but never won the championship.

“I knew when dad died I was going to assume most if not all of his fan base and I feel like I took care of that," he said. “I didn’t squander that, I didn’t ruin that and I also introduced myself to a lot of people who never heard of Dale Earnhardt."

The 45-year-old received the news with his wife and daughter by his side during a recording of his popular podcast.

“Just talking about it, it's really emotional because I feed off affirmation," he said wistfully. “It’s such a great feeling to know people think I made an impact. I know what my numbers are and I feel like I was chosen because of that but also for the impact I made off the track, being an ambassador for the sport," Earnhardt said.

Earnhardt retired from full-time racing after the 2017 season, due in part to having sustained several concussions over the years. He finished fifth in the Xfinity Series race at Homestead-Miami on Sunday, June 14, which is the only event he planned to drive in this year and may turn out to be his last NASCAR-sanctioned race.