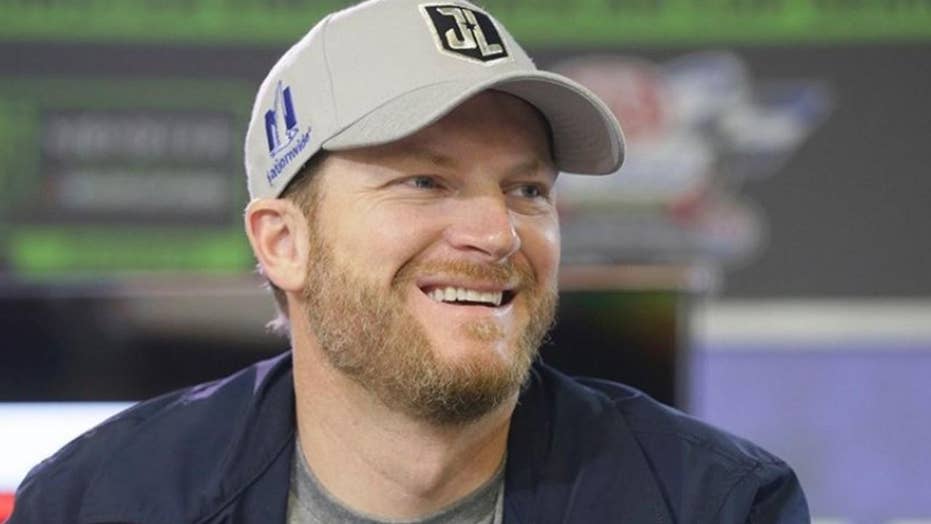 Retired NASCAR driver Dale Earnhardt says during his podcast that a ghost saved his life during a crash in 2004 at the American Le Mans series in Sonoma.

Dale Earnhardt Jr. has done just about everything there is to do at the Daytona 500.

He won it twice as a driver, was grand marshal in 2018 and drove the pace truck earlier this year. Now he's set to start the race. Not behind the wheel, but by waving the green flag as honorary starter at next February's race.

Several people, including Daytona International Speedway president Chip Wile, have joked that the only thing left for him to do at the event is sing the national anthem. Earnhardt said he's up for it, but with one very big caveat:

"I keep bugging @ChipWile  to give me something to do @ the 500 each February to annoy the people that are annoyed by it. But singing the anthem is only an option if I’m singing backup 2 George Strait. And when I say backup, I mean with a beer in the campground," he tweeted to a fan.

Earnhardt also said that waving the green flag as the honorary starter “is a special moment in not only NASCAR but all of sports.”