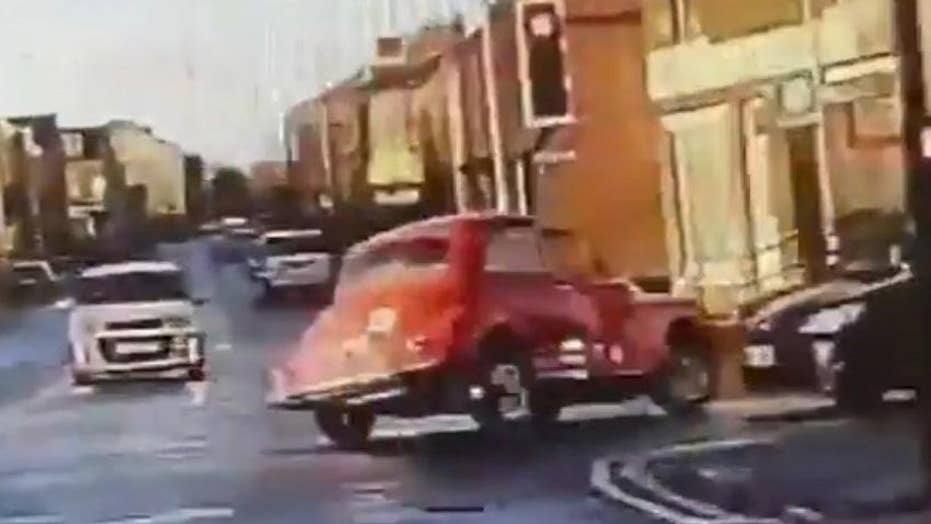 In what looks like a scene from a classic crime caper, dashcam footage captured the moment a stolen 1967 Morris Minor outfoxed the police car that was chasing it through a British town on Saturday.

The red coupe can be seen speeding down a two-lane street -- with its hazard lights on for some reason – then running a red light into an intersection.

The car heels over on its ancient suspension as it weaves through crossing traffic and makes a sharp right turn and disappears, narrowly avoiding a collision.

The Morris Minor was one of the best-selling British cars of all time. (Getty Images)

SWNS reported that one person who viewed the video on social media humorously asked police if they had "got the Benny Hill theme tune to go with it?"

They didn’t, but they did find the car abandoned on the side of the road about 45 minutes later, according to the BBC.

No suspects have yet been arrested in connection to the theft.