Although not quite as sleek, the four-door C60 features a front grille, lights, vents and accents that are shaped just like the Urus. (Huansu)

Lamborghini is about to be attacked by the clones.

A Chinese automaker is set to unveil a near carbon copy of the Italian brand's new $200,000 Urus SUV. Local media report that the Huansu C60 will make its debut at the Chongqing Auto Show this week with styling that’s a blatant rip-off of the exotic Lamborghini.

Huansu had plenty of time to work on it, too. While the production version of the Urus was only revealed last December, a concept for the vehicle made its debut at the 2012 Beijing Auto Show.

Chinese automakers are notorious for borrowing designs from foreign models, including the Ford F-150 and Range Rover Evoque. Most of them don’t even bother challenging the infringements with lawsuits, due to the weak intellectual property protections in the country, and those that do almost never prevail.

Although it’s not quite as sleek, the four-door C60 features a front grille, lights, vents and accents that are shaped just like the Urus, while the taillights steal the Lamborghini’s signature Y-shaped LED elements. Similar fender vents and even a riff on the Urus’ split five-spoke wheels complete the impersonation.

The two won’t be exactly the same, of course. CarNewsChina.com reports that the C60 will be powered by a 195 hp four-cylinder engine, compared to the Lamborghini’s 650 hp V8, and have a starting price of $15,000. 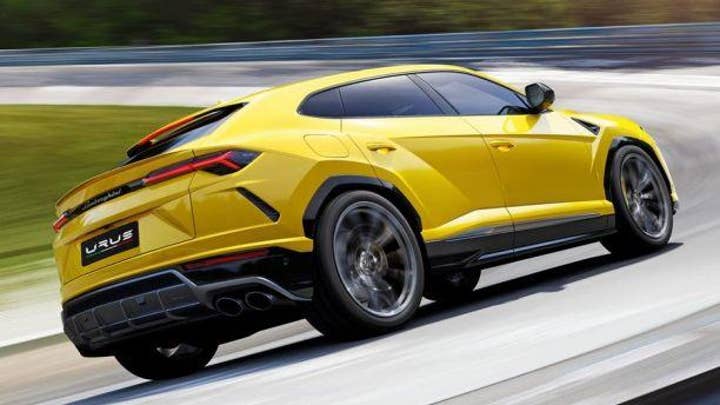 You’ll also be able to get the C60 as a seven-seater, which Lamborghini doesn’t offer. Yet.

Given the growing popularity of large SUVs at all price points, just give it time.