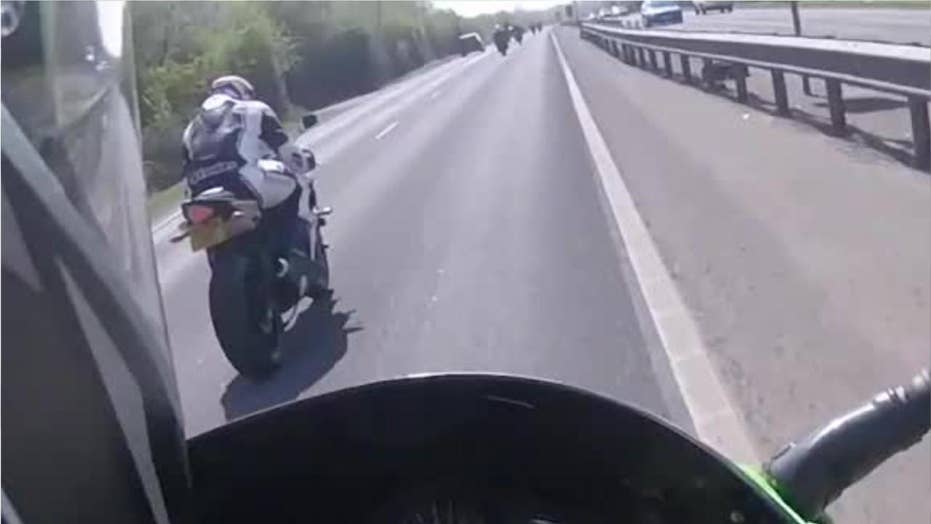 Three U.K. bikers were jailed for riding 180 mph on a public road, the video evidence was from their own helmet-mounted GoPro.

Three motorcycle riders have been sentenced to jail after getting caught on video doing 180 mph on a public road in England. And it was one of their own cameras that did them in.

Sussex Police investigating reports of dangerous driving and an accident confiscated the footage from a helmet-mounted GoPro that was worn by one of the bikers.

The video shows the trio hitting 180 mph in a 70 mph zone, pulling wheelies while speeding and crossing double lines as they weave through traffic.

They were reportedly part of a larger convoy of motorcycles passing through the area.

One of the investigators said at trial that it was "some of the fastest and most dangerous motorcycling I have ever come across," according to SWNS.

All three pleaded guilty to dangerous driving, had their licenses revoked for at least two years and were handed prison sentences ranging from four to 29 months.